Sledgehammer announces”Biggest Update Yet.” Patch released for next gen consoles. “It’s been exactly one month since we’ve launched Call of Duty: Advanced Warfare and it has been an amazing time celebrating with fans. It’s been so much fun playing the game in the wild and watching the community surprise us with new ways to play as the Advanced Soldier. We also used this time as an opportunity to focus on the little things that would make a big difference to our community. Since day one, we’ve had consistent online uptime stability and global dedicated server coverage, and we’ve rolled out several important updates to make the game even better.”

Currently, the update is only available on Xbox One and PS4 with a similar patch being promised for PC, PS3, and Xbox 360 coming soon. 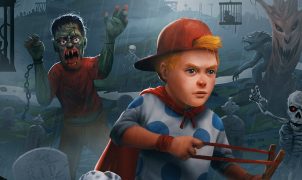 Monster Bash HD Review: Back from the Dead     I am familiar with Apogee Entertainment through everyone’s favorite proprietary software format of the ’90s—Shareware! I hate to date…