On November 5th, indie studio GameCrafterTeam launched the early access version of their mech flying combat game Project Nimbus. Nimbus is an ambitious flight/combat game that made waves on kickstarter, and now the “Mark 1” of the game has taken flight. The Project Nimbus early access build offers promise, beauty, and thrill, all in a future of great seas and war for the sky. Let’s fly, soldier. Can I just state how happy I am that two of the Battleframes are colored like Evangelion units?

The Project Nimbus Early Access gives players two modes to choose from. Story mode is the main meat of things, containing the first of the game’s four “acts,” itself containing seven levels with various amounts of meat to them. Personally I cleared the act in about two and a half hours, mostly due to the boss level at the end throwing a sizable difficulty spike into the mix. The Survival mode, on the other hand, pits you against waves of foes to eliminate, all while piloting your choice of one of several Battleframes.

Battleframes are your means of traversing the sky. The game takes place entirely with mid-air battle in mind, and your mech moves around at fast enough speed to require a lot of attention. Most of the game’s first act is spent piloting the Mirai, a Battleframe equipped with a variety of artillery initially limited to machine guns and manually-locking missiles, but soon expanding to the sniping railgun, auto-homing smart missiles, and defensive decoy mecha. My personal favorite, though, are funnel drones, deployable minibots that will automatically attack whatever enemy you’re currently locked onto, simultaneously dealing damage and distracting enemy attention.

Flying your battleframe is a lot of fun, but takes some getting used to. These majestic ariel mecha move very fast, a fact complemented by a camera that will sometimes zoom so far in towards the enemy you’re targeting that you lose sight of yourself, and a portion of whats around you. The game’s first level involves combat in a city floating on the water, which means maneuvering around a lot off buildings. After that, though, a lot of levels will place you in much more open areas, giving more space to freely maneuver and catch your bearings. The game remains challenging to control, but manageably so. Once you have your full selection of weapons, it’s okay if you’re not great ant handling the movement of the Battlemechs, because you can easily make up for it with raw firepower. The story campaign puts you under the command of Mithril, an independent contractor working with the military of the united nations. In a future where the Earth’s land mass has decreased drastically, the greater nations of the world united and took to the skies. Now, a terrorist group called Children of Fallen Nation threatens the safety of the sky, and you must become a part of the defense against terror. The story within act 1 is a bit hard to follow, requiring a lot of very close attention to voices. One level even puts you in control of a character on the enemy’s side, but I didn’t realize who I was supposed to be until playing the level a second time. Dialogue feels a lot like something out of an anime at times, with mostly smooth but occasionally rough translation issues. Assuming the full game can get past those small issues, though, the story of act 1 has some great potential, and is clearly setting up for a much grander tale.

This story presentation is accompanied by solid visuals that even look good at lower settings. Some levels feel a bit barren, though, when engaging in combat directly over wide, expansive sea. Surely, though, this can be partially chalked up to the exhilaration of airborne combat taking attention away from much of anything else.

Survival mode is also fun in its own right, and gives a variety of mecha for you to choose from. Each one has their own specialty. Some are stat based, like higher speed or armor at the cost of something else Others are most notably in gunplay, with examples like higher-power machine guns, or more missile ammo. None of these statistical differences are shown to you when you select your Battleframe, requiring you to take each one out for a spin in order to find the one that’s just right for you. The Mirai is pilotable in survival mode as well, a fact made interesting due to the fact that this Battleframe keeps all of its abilities from the campaign, to be unlocked as you clear more waves. Every other Battleframe, however, only has the basic machine gun/missile combo, with varying degrees of ammo capacity and power. This will presumably be changed in the full version, as it would be a huge waste of potential not to add mecha with some more disparate kinds of firepower at their disposal. The Project Nimbus Early Access build is a taste of something potentially great. What takes some getting used to at first becomes like a second language if you give it a bit of time, and I was left itching for more challenges by the end. The early access build can be bought on Steam right now. GameCrafterTeam is eager to hear all user voices on the topic of how the game feels, and what they can do to improve it. Project Nimbus is planned for a Steam release on PC and Mac. 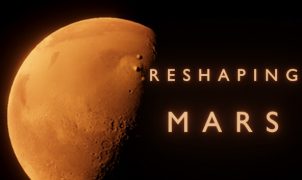 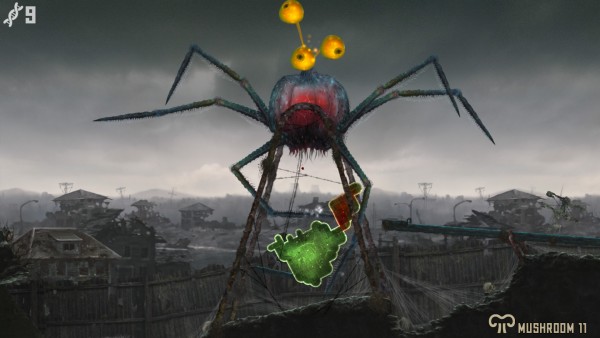 Trust the Fungus.   Mushroom 11 has been in development for a few years now but that hasn’t stopped it from getting attention. One look at a screen shot…