Guns, Gore, & Cannoli is a over-the-top side scrolling shooter set in the 1920’s featuring hand drawn 2D graphics. You are Vinnie Cannoli, a gangster who came to Thugtown to find a “goodfella” who went missing once the zombie outbreak began. Not only will you have to blast your way through an army of undead to find them; there’s also the two rival mob families you’ll need to “coax” information out of in your own special way. Right out the gate you’re surrounded by undead football players, butchers, and bat-weilding wiseguys looking to whack you. Once you starting blasting away you’ll notice the game has a Metal Slug/Contra feel to it, but even the basic guns pack a punch. The initial hand cannon blows the heads right off whatever is running at you. There are flamethrowers, shotguns, pistols, and my personal favorite a Tesla gun that zaps whatever unfortunate loser gets in your way. There are grenades, molotv cocktails, and even a melee kick to knock back the hordes Left 4 Dead style when you start to get overrun. The game looks and feels amazing. The hand drawn graphics give the game a lot of personality and it is a joy to watch the zombies and crooks splatter left and right, even spattering the screen with gore when you kill off some of the larger enemies. The game runs really smoothly and it is really easy to get the hang of mowing down the hordes constantly thrown at you. There are tons of environments to experience, as well. As you progress through the level you go from a strip joint, to apartment buildings, alleyways, and all of it ends in a warehouse for a showdown with a mob boss.

The demo of Guns, Gore, & Cannoli is a lot of fun to play through and gives a lot of promise for the full title once it’s released. For more information and to download the demo for Guns, Gore, and Cannoli you can check out the game’s official site or Kickstarter page. 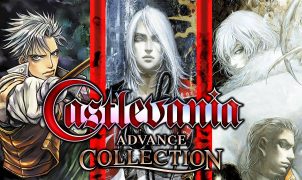