Reboot Your Engines – MX Vs. ATV Supercross gets the job done but doesn’t give much else.

Of all the properties Nordic Games acquired when THQ went under, it comes as a surprise the first title they brought back was MX Vs. ATV when there are many more mass marketable titles they picked up.  They didn’t slack, though; much of the team that worked on previous titles has returned for this one and there are many promises of updates in the future. MX Vs. ATV Supercross is a very straight forward racing game. There are stunts and free ride modes but every course in the game is a supercross arena which doesn’t leave much for the big air enthusiast. The racing works well once you get used to the physics. If you full throttle off every jump you’ll end up on your back. If you don’t time your jumps and shift your balance you’ll knuckle every landing and lose all your speed. The game is all about finding a rhythm and keeping up with it. Even on the easiest difficulty the game presents a challenge and admittedly when I moved beyond rookie I was getting stomped pretty bad. Sometimes MX Vs. ATV doesn’t go far enough, however. The racing is definitely where it needs to be but the inclusion of stunts gives players an expectation that’s just not there. The stunts are hard to pull off and while it’s fun to do a backflip on an ATV mid race, even the crashing seems really understated. I can’t dock the game for realism but giving players a more bonkers experience could make the title more welcoming to people not in the market for racing games. Every track offers a free ride mode, which has the potential for opening up that arcade big jumping experience, but the big jumps included on tracks are usually obstructed or have no landing which you can’t really do much with.

Many of the expectations you‘d have are met but it feels bare bones. The characters and vehicles are customizable, new parts and clothing are unlockable, and there are a few bikes and ATVs to unlock. The tracks aren’t anything out-of-the-ordinary, either, sticking to dirt tracks and crowd stands. There is a level of detail in the backgrounds within a few of the tracks, depicting cities at night in open air-arenas and other nice distractions from the enclosed dirt arenas the rest of the game offers. There are many new vehicles available as DLC but they’re all $2.99 a piece which gets pretty steep unless you’re a die hard looking for your favorite bike.

One nice feature of the game is the ability to race dirt bikes against ATV’s. Sure, the title suggests it, but there are both stand alone careers and mixed races in single player and multiplayer. Local multiplayer was a good time and ran smoothly, even in the free ride modes. Many companies have included their products and there are tons of professional supercross riders available to use. There were a few minor glitches here and there. Playing in first person mode is fun once you’ve learned the tracks but when you’re mid air or going highers speeds my screen would freak out for a second only to recover when I had straightened out or crashed. It’s pretty insignificant but it must be mentioned that there is only one track girl for every single track all throughout the country.

Considering my career in racing games generally involves go karts or cartoon characters a title like MX Vs. ATV Supercross seems a little out of my league. While I may have zero know-how when it comes to motors and racing I can always appreciate a video game that has the potential for going fast and jumping off stuff. Nordic Game’s revival of the MX Vs. ATV series may not deliver as I’d expected, but if you’re serious about racing games you’ll find plenty to enjoy, despite the limited features.

Note: This review is based on a review copy provided by the game’s publisher, Nordic Games. 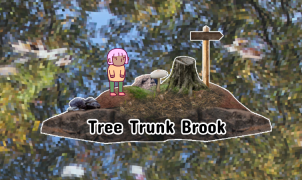