So, you know all those dumb Facebook sidebar ads for weird Naruto and Pokemon bootleg ripoff games that nobody plays? “This Pokemon Game is Banned in 23 Countries, Play Free Now” and all that trash? This is like if one of those headlines turned out to actually lead to something really cool. Meet Daniel Mullins, and his Kickstarter project Catch Monsters.

Catch Monsters takes place in a world full to the brim with monsters. Creatures are split into three categories: the spiritual Elementals, the animal-like Feral monsters, and the mysterious and extremely intelligent Mystic monsters. Some monsters cannot be legally captured and trained without special shows of skill, but those wanting to tame a creature can do so through one of several ways. Elemental monsters can be kept in a special jar, while Feral and Mystic monsters need special types of collars to go under your control. A pokedex-style Monster Browser is available, where you can view all of the monsters revealed so far.

Right off the bat, Catch Monsters combines the collecting and RPG mechanics of Pokemon with a quest system inspired by the Elder Scrolls series. There are three factions a player can align with, each corresponding to one of the basic types of Monster; the Elemental Guild, devoted to the study, and even creation, of Elemental-type monsters; the Feral Fraternity, the wonderfully-named brotherhood that reveres Feral monsters and trains its members to use their own bodies in battle; and the Monks of the Inner Eye, an order that reveres Mystic monsters above all, and can help you to form bonds with creatures the world would otherwise never allow you to own.

The combat in Catch Monsters is card-based, letting players assemble a full deck for a truly deep level of strategy. Like the pocket monsters on which the game is based, creatures in Catch Monsters have HP that can be levelled to zero, and taking out a full team will lead you to victory. A certain number of move choices will be available to you, and each monster will have effects that will augment the game.

Catch Monsters could become something really awesome, but right now its actually a very modest monster. Daniel Mullins only needs $6,000 CAD to make this thing a reality, a very reasonable amount to collect in a months time. Reward perks include the game and soundtrack, exclusive in-game content, beta access and backer-exclusive message boards, and the ability to design a monster or have a character designed after you. Some cool stretch goals are on the list too, including a fourth, Eldritch class of monsters, and a cult worshipping them to serve as their accompanying guild. Other stretch goals include a mobile companion app and online multiplayer.

If you’re one of us who still loves Pokemon at its core but wants something a bit more metal, Catch Monsters might just be the project for you. Check it out on Kickstarter and Steam Greenlight. Be it through science, training, or knowledge, a whole world of monsters is yours to command. 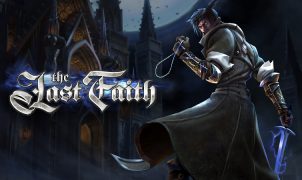