I am the sole survivor to pass through the gates, but my mission is intact. I must write the Elegy For a Dead World.

You are alone on a world that once teemed with life. The signs are everywhere: statues to their gods, structures in ruins, discarded tools. But no bodies. No thinking life. Nothing but echoes. You will be the voice for these fallen worlds and become their teller-of-tales. Welcome to Elegy For a Dead World.

Elegy is a game meant for writers. The premise is that you, a stranded researcher, have entered a gate that leads to three separate lands: Shelley’s World, Keats’ World, and Byron’s World. While the rest of the team suffered at the hands of a freak accident, you alone have survived, but are still set to complete your mission – explaining the strange ruins and artifacts left behind by the worlds’ inhabitants. 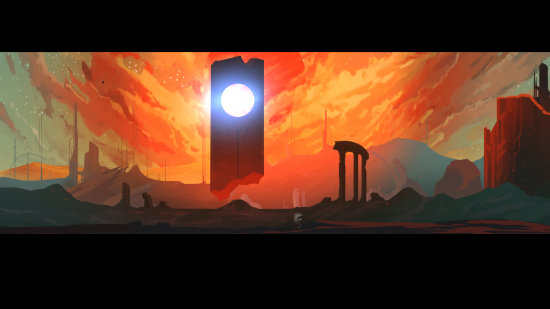 The Monolith of Reech looked down upon me like a baleful, judging eye. I do not like this world.

The game began in 2013 as a labor of love. What was meant to be a one week exercise bloomed into a full-on creative endeavor and Dejobaan Games has been pushing ever since. But, they need our help to bring it across the finish line. They have three weeks to do it, and I personally haven’t seen a Kickstarter this interesting in some time. The game is poised to make a release in early 2015 if successful, and would be released on Mac, Linux, and PC platforms via Steam. 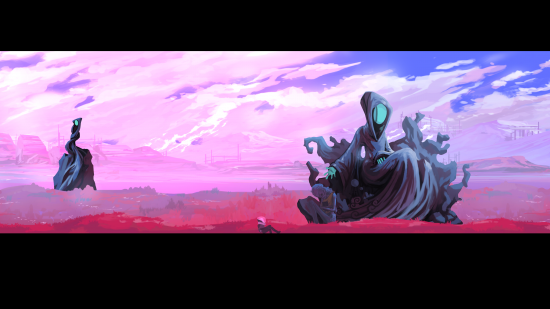 The Robed Monk idols rise from the pink sands at strangely regular intervals. It does not seem to matter how quickly I walk – they always appear at dusk as I make my camp.

As you provide narration the game will also throw you curve balls to inspire new twists and provide more crunch to your narratives. Further more, when you’ve completed your journals you can share them online or even have them come to life as actual, print-on-demand books. As a bibliophile myself, the very idea of the game gives me a great longing for the product. But, the fate of the game is uncertain as of yet – the studio has been forced to drop projects in the past due to lack of funding. With a game this promising, that would be a shame to see…

So, How Can You Help?

Well, donate obviously. There’s a couple different levels at which you can contribute, some of which can get you playing the game as soon as Oct. 23rd ($25 Backer Beta Pack) and also get you a hi-res digital art book from the game. 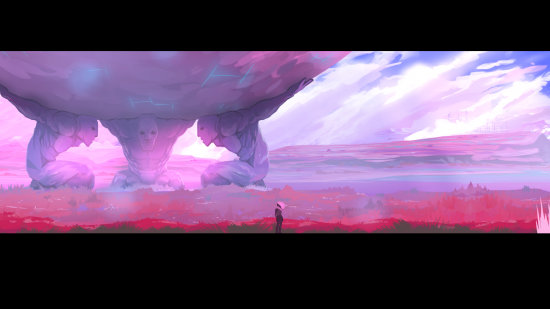 It’ll take effort – but hopefully not this much effort.

You can also get the word out. Tell your friends. Even if you’re not a writer, I think this game could offer fantastic fun for all sorts of players. So let the world know there’s something neat in the works, but that we’ll need some help to bring it across the finish line. The folks from Dejobaan Games will thank you for it!