Kickstarter Watch: That Which Sleeps

Many games have you fighting an evil god, but That Which Sleeps lets you become that god itself.

There’s a lot of formula in video games, y’know? The hero on a quest to defeat a great, godlike evil sounds like a tired tale indeed by now. But what happens when you take on the role not of the hero, but of the evil? What happens when you’re the one trying to take the world as yours? That Which Sleeps offers us an answer.

In That Which Sleeps, you take on the role of a Lovecraftian god attempting to make its way into a fictional fantasy world. Unfortunately, you’re still in a weakened state, having just awakened from a timeless slumber into which you are in danger of returning. To avoid further cosmic naptime, you must convert followers with your dark whispers and murmurs. The more people you have under your influence, the more powerful you can become. Followers range from the drunken, easily-manipulated peddler to masters of dark magic like the speaker of the dead.

That Which Sleeps is a turn-based strategy game, but with a more potent sense of influence than most give. As opposed to many games of the type, which might have you simply recruit troops to train and customize, That Which Sleeps lets you use yourself as one of the key players of this whole world-conquering shindig. You influence the actions of various unique agents of your evil. Some may have the ability to sway a crowd, and others the ability to sway a fight. You can plague the minds of problematic kings with madness and nightmares, or cause chaos by destroying and burning all around you. This all depends on what kind of god you set yourself up to be; at the beginning of the game, you choose how you were sealed away to begin with, what methods you use to spread your psychosis, and what kind of ruling over the mortal coil you want yours to be. 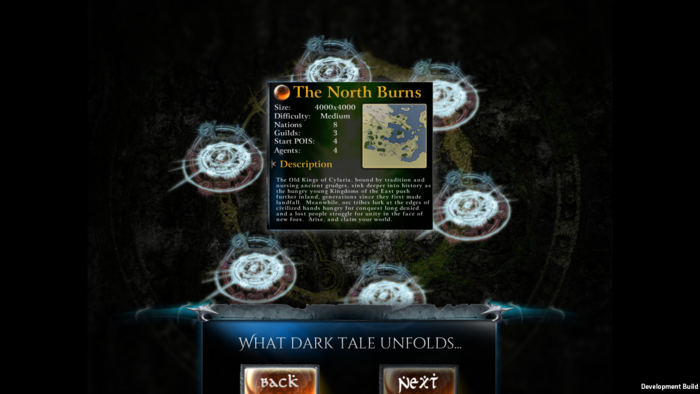 “Choose your own God” is a pretty exciting phrase, yes? That Which Sleeps gives you some great choices for the kind of dark horrorterror whose black appendages shall slither into your mind. Some are great abominations beyond the conception of the fragile human mind, while others are simple fallen men, becoming something much darker. Each Old One you can select has their own distinct set of skill trees, meaning that a variety of potential play styles awaits you.

Each scenario in That Which Sleeps is different and unique, with a range of possibilities facilitated by competent AI. Points of interest populate the large world map, giving you an easy access view of all that will one day be within the palm of your shadowy hand. The nations of the world aren’t the only division of groups for you to play with, though. Guilds, orders and cabals have their own priorities, regardless of the boundaries of nations. Depending on how you play, any of these options could be your fast track to conquest.

King Dinosaur Games is a two-man operation running out of Boston, founded by software engineer Joshua Perry and creative mind Joseph Vivolo. The pair needs a comparatively modest $12,000  to spread the word of the Old Ones, and are already well on their way there. Even the darkest gods can be kind, and putting some money into That Which Sleeps will give you some great rewards in exchange for your mortal soul. Highlights include beta access, the opportunity to design a unique event in the game, early access to modding tools, and more. These followers of the unseen and obscure have some stretch goals as well, including added layers of depth such as rival Old Gods and procedural generation.

Check out That Which Sleeps on Kickstarter. If you hear voices whispering languageless things in your head, that probably means the gods want you to do even more for them, in which case you should give some attention to the game on Steam Greenlight as well. Also, don’t sleep. If you sleep, you’ll dream. That’s how the gods get you. Just a tip. 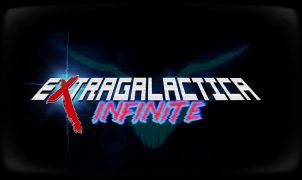 A synthwave shmup that’s out of this world! Day 3 of social distancing and my brain is pretty fried. My backlog full of JRPGs and amazing adventure games beckon,…