Bladestorm Nightmare To Get Western Release Koei Tecmo’s Bladestorm Hundred Years War, originally released on PS3 and Xbox 360 in 2007, will be getting a revamped version called Bladestorm Nightmare that will come to PS3, PS4, and Xbox One.  The original title, a nifty tactical action game, took place during the Hundred Years War just like it name indicated and allowed players to play as a mercanary who could fight for either the French or the British.  Bladestorm was made by Koei Tecmo‘s studio Omega Force which also makes the Dynasty Warriors titles and just finished making Hyrule Warriors for the Wii U.  The remake will have a new feature called Nightmare that will have players running around fighting mythical creatures like goblins and cyclops and will have updated graphics.  Expect this game to come out in the beginning of 2015.

Check out this trailer from Koei Tecmo’s YouTube page: 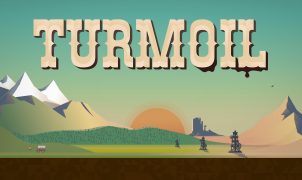