Scans of the popular Japanese gaming magazine CoroCoro have been released today by the Pokémon fansite Serebii.net showing off three new Mega Evolutions in the upcoming Generation III remakes; Pokémon Omega Ruby, and Pokémon Alpha Sapphire (ORAS). ORAS players can expect to see Mega Sharpedo, Mega Camerupt, and Mega Gallade; all three of which belong to characters important to the game’s story. Two of the three Mega Evolutions have also had their Abilities confirmed and basic stat changes confirmed. Mega Sharpedo benefits from an increase in all stats and gains Ability Strong Jaw, which powers up biting moves, such as Crunch and Ice Fang, by 50%. Mega Camerupt loses a bit of Speed, but sees every other stat go up. It will possess the Ability Sheer Force, which increases the power of all attacking moves by 30%, but negates added effects of the move. Such moves as Stomp and Heat Wave are examples of those effected by the Ability.

Pokémon Omega Ruby and Pokémon Alpha Sapphire are hitting US stores November 21st, and will be available for the Nintendo 3DS and 2DS. Which new Mega Evolution will you choose? 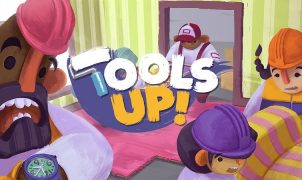