Today Nintendo surprised everyone by announcing the New Nintendo 3DS system during their Japanese Nintendo Direct event today.  So far this system has only been announced for Japan but with this kind of an upgrade I imagine the US will get an announcement shortly as well

The new system will include a right analog stick called a c-stick and buttons that are colored in the way the old Super Famicom system had them colored.

The new processor will be able to handle things like HTML5 in the internet browser and will also allow for certain new games to be exclusive to this version of the system.

The bottom screen will be able to scan in NFC which means no need for a separate device now as well.

The system will also be able to support micro SD card functionality and data can be transmitted over wi-fi to PCs as well.

The systems will be white and black for the standard size and the New XL model is metallic blue/metallic black.  The New 3DS will also have replaceable faceplates available as well for those want to change the look of their systems without buying a new one or having to deal with icky sticker residue.

Will you be upgrading you 3DS with this new version if it comes the US?  Let us know!

Here are some other shots of the system: 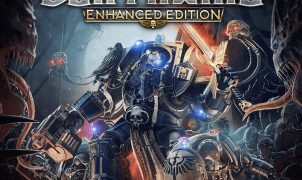 We Are the Angels of Tedium!     I have an embarrassing confession to make. Despite all my geek-oriented interests and friendships I’ve made throughout the years, my scope…