“I Did It for You” – The Walking Dead Season 2: Episode 5 builds a fantastic climax out of a stumbling but strident season.

Warning: The following review contains spoilers for episodes 1 through 4 of The Walking Dead Season 2.

If a story appears aimless, but still has an end, was it really aimless to begin with? If a story wanders as much as season 2 of The Walking Dead does, what kind of conclusion do we get? Is a truly good season finale still good if it does more for itself as an episode than as the finale of a greater story? All of these questions remained with me after I played through The Walking Dead Season 2: Episode 5. In this finale, No Going Back is more than just the title of the episode; it’s also the mantra behind the situations you end up in, and the choices you are forced to make. Welcome back to hell on ice.

The previous episode of The Walking Dead was a bit of a low point in story, but an important bit of character development, as we’ve discussed previously. By the end of things in that previous chapter, we’ve lost a couple characters, but finally seen the birth of the baby whose existence inside Rebecca’s belly has been at the center of the whole season’s conflict. Now that the newborn has entered the zonbie-infested world before him, the name of the game is finding a safe place to keep this kid alive. What’s interesting about the finale, though, and what eventually makes it work so well, is that it becomes less about the baby and more about what his presence does to the dynamic among the characters, especially given which ones are left at this stage.

With everyone trying to protect the child in the midst of a viscous snowstorm, tensions are high, but that doesn’t mean that the season 2 finale is nothing but angry shouting and fistfights. It has those, and we’ll get to them, but it also has some great character moments. Friendships thought lost are reforged, and some sparks of hope are found, even while anger and fear loom over everyone’s heads. We learn things about characters in this episode that mostly come in very small, subtle ways, but hit home once you hear them, changing things in terms both of the motives of characters up to this point, and how they react to all that comes next. The downtime is nice when it comes, because once it’s gone, the rest of the episode builds a climax far more heart-pounding than anyone could have anticipated when looking at the season up to this point.

As this finale kicks into full swing, some characters may be wondering the same question that has plagued many players of the second season; is the life of this one baby really worth all the sacrifice that has come along the way? And are the people left really suited to take care of the poor kid? Even Clementine is plagued by this, as the mortality of her situation is driven even closer to home in a couple of the episode’s most brutal moments.

Meanwhile, we’ve seen Kenny slowly unravel since his re-introduction to the story, and things haven’t been looking so hot for Luke, who gets some comfort in in this and the previous episode, but has still suffered some heavy losses nonetheless. The number one rule in this episode seems to be that nobody can be trusted to stay loyal and make choices for the good of the group. Maybe not even you, depending on how you choose to play things. This leads to the greatest strength of this finale, as it was with the final moments of The Walking Dead‘s first season; the major choices you must make are some of the most intense and weighted in the series. Of these, two distinct choices stand out as close to being on-par with the infamous final choice of season 1. One is as strong as it is because it takes you off-guard entirely, but the other is a bit different.

At one point, the player is forced to choose between two characters, making a choice the nature of which is very dependent on how you view the situation. For me, one of the characters involved was someone I had viewed as increasingly unstable for the last couple of episodes, and had already figured I would eventually have to deal with. The other of the pair was more empathetic to me, and more similar to my own line of thinking. To me, the choice was clear, and I expected to be in the vast majority with what I did. However, once the episode was over, I discovered that only 46% of players had made the same choice that I had.

This, I’ve come to realize, is one of the deceptive strengths of what The Walking Dead Season 2 has been doing all along, without our realizing it. The story has had a few moments where things seem pretty black and white – a few too many, arguably – but which parts are the whites and which the blacks can be completely inverted depending on the player. On either side of the eventual decision, making your choice in the heat of the game’s wonderful climax doesn’t feel all that hard, but its in that way that Telltale has come to master the two basic sides of their players. The emotion-driven players and logic-driven ones are directly represented and pitted against each other in this season finale, in a way that may be on par with, or superior to, the ending of season 1. I think we’ll have to let the season age a bit before we can really make that comparison, but it’s still worth saying.

The sum up: The Walking Dead Season 2: Episode 5 carries hope in the face of danger. The whole theme of season 2 has been keeping the torch burning, not giving up on the possibility of a future, and doing whatever it takes to keep that future alive. Similarly, this season has had a lot of moments that left fans hoping for things to get better, and I think its safe to say that those wishes have been fulfilled. The mission of this season doesn’t pull you in and dedicate you to everything like season 1 managed to do so well, but by the end of this finale, I found myself every bit as invested in what was left to me as I had last time. The ending leaves things very open, with a whole wealth of possibilities for the future of The Walking Dead. A lot of people can die for something, and sometimes it’s not worth it. But if the lower-quality bits of The Walking Dead Season 2 were sacrificed for the ending we got, than the cause is a noble one indeed. The characters continue to be fantastic, and I hope we see them again soon enough. 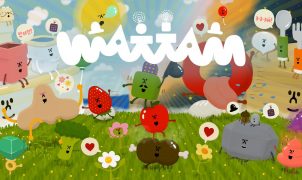