A few months back we took a look at Skywind, a mod that brings the lush visuals of The Elder Scrolls V: Skyrim to Bethesda’s 2002 classic, Morrowind. Up until now we’ve only seen dramatic pans over the game’s rebuilt world. Now, we finally get to see the game in action as the developers show off 12 minutes of gameplay they recorded on a recent Twitch stream.

The video is early Alpha footage from a low quality stream, so suffice to say the video quality is pretty pretty gnarly, but it’s evident the game itself is looking quite impressive. Watching the hero explore the marshy bogs of Morrowind’s waterlogged Bitter Coast is bringing back all sorts of warm, fuzzy feelings. We can’t wait explore some of the game’s more visually stunning environs, like the massive temple city of Vivec on the island of Vvardenfell, and the bustling town of Balmora, where the adventure truly begins.

There’s still no concrete release date on when we’ll all be able to check out Skywind for ourselves. For the latest news on the project, be sure to check out the official Skywind Facebook page.

So, how do you like Morrowind’s updated facelift? Will you be exploring the sprawling fantasy Island of Morrowind again when the Skywind mod is finally released? Be sure to let us know in the comments below. 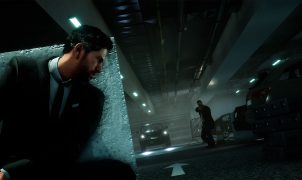