On The Level Game Studios, the creators of 2013’s survival horror golf game Curse of the Nordic Cove, have announced that their bizarre musical adventure Boo Bunny Plague will be available on Steam for PC and Mac on September 4th. The game will be priced at $4.99 USD, or a collector’s edition for $5.99 USD that will include a digital comic book and soundtrack.

In Boo Bunny Plague players control a robot bunny on a bizarre transdimenional journey as he unravels an evil plot, all while utilizing an array of guitars as his only defense mechanism.

The creators of Boo Bunny Plague feature a wealth of talent including art by former Dallas tattoo artist-turned-devloper Rikki Knight and Audio Director Bunny D.A.S.T. (Danger Awesome Slash Trouble) who just so happens to be a producer for punk rock bands in Houston and singer and guitarist for his band Skeleton Dick.

If you’ll be attending PAX Prime you’ll be able to experience the musical mayhem Boo Bunny Plague for yourself in Seattle Friday, Aug. 29 through Monday, Sept. 1 in booth #6702

For more information on Boo Bunny Plague, check out On The Level Game Studios’ official site. 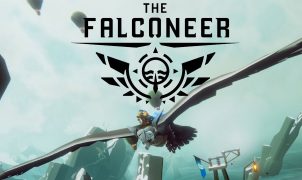 With you right here I’m a falconeer ~ let’s fly! Although I must admit upfront that I am not normally drawn to flight simulators, everything about The Falconeer initially…