I’m sure we’ve all had one or two video games that have made us cry. I certainly became affected to tears by a couple moments in last year’s Gone Home, and felt myself racked by hollow, tearless sobs as the credits rolled at the end of the first season of Telltale’s Walking Dead. We’ve all been there, with a game completely and utterly emotionally compromising us, leaving us deeply impacted by what we’ve seen, and been a part of.

That’s all fine and dandy, but what about a game that brings forth a different kind of tears? What about tears of utter frustration? And I don’t mean frustration due to a clever, tricky puzzle over which you have slaved for hours without respite. That can generate its own kind of rage, to be sure, but I’m talking about the kind of game so maddeningly disappointing and confusing that it brings you to tears out of pure befuddlement and anguish. Master Reboot marks itself as the first game to ever generate that sort of reaction out of me. I cry for this game like one cries not for a lost loved one, but for one who has gone from success and fame to smoking crack in an alley every night.

What I’m getting at here is that the game isn’t good.

Master Reboot puts you in a near-future world dominated by a worldwide phenomenon called the Soul Cloud. The Soul Cloud lets users upload themselves to a virtual universe post-mortem, where they can relive their memories for eternity. Friends and loved ones can visit residents of the Soul Cloud, and leave them small mementos to discover as they wander through their personal, digital past. This entire operation is overseen by Seren.exe, a master program that keeps things running smoothly in the Cloud. But things in digital dreamspace aren’t as peaceful as one would hope. The Soul Cloud is full of pretty lights.

The setup is this: you play as a new arrival in the Dream Cloud, wandering through the memories of someone who might be you, or might be someone else altogether. Each memory presents a puzzle in a unique environment, and each is in some way plagued by the seemingly murderous intentions of Seren. When you complete a level, you get a sort of storybook retelling of the actual memory the level is tied to, told by animations that look like they were made by a 16 year-old on Newgrounds. The actual game itself doesn’t look much better, with low-res polygonal structures that mostly look straight out of a PS1 game. Comparing that to cutscenes that look like DeviantArt fodder isn’t exactly setting the bar high, and yet the transition between the two continues to be jarring every time.

The entire game operates in first-person, intending to give you an experience that I’m sure you might find plastered all over with buzzwords such as “immersive” and “realistic.” Master Reboot is, in fact, neither of these things. You’ll spend most of your time interacting with puzzle elements and navigating areas, along with picking up a gun or axe once or twice. The puzzles can barely be called such, as only twice in the entire six-hour run did I ever actually have to stop and think about what I was supposed to do. Most of the game gives you tasks such as “collect three of the completely non-hidden things” or “match the colors.” One puzzle was literally based entirely on chance, requiring me to tap on the action button over and over for a mind-numbing 20 minutes before getting the desired result. The puzzles are more often chores than challenges. It’s almost as if design quality were sacrificed by the pound, all for the sake of variety. Memo to HR department: no actual doors look like that.

Okay, before our minds wander too far, let’s go back to that setup for a second. We’re playing through the character’s memories, right? Well…um…the thing is, I’m not too sure. You’ll see the faces of a few central characters as you see each SheezyArt reject of a memory play out, but not until the very last leg of the game do you actually find concrete evidence of which of these characters you’re playing as. Indeed, I spent most of my time with Master Reboot thinking I was one character, only to witness that character completely and irrevocably leave the picture about two thirds in.

The point here is one of the biggest problems with Master Reboot. The game has a mediocre-to-decent story at its heart, but the job it does at telling said story is absolutely abysmal, chiefly because it breaks its own rules. One of the biggest intentional (I think) mysteries in the game is the truth behind who you are, as a player in all of these memories through which you wander. However, the entire reason this question exists and is perpetuated is because you’re not actually in one person’s memories. It’s really more like you’re traveling through the lives of two or three different people, with no order or clarity as to whose story begins or ends where, or why things are thus. There are various hidden items in each level that claim to be messages left by the family of the deceased memory owner, but the actual content of these notes is way too involved with the story for that to make any kind of sense. Also, let it be known that this looks nothing like the room from the actual level.

Seren is the game’s mascot character, and her presence within the series of memories is essentially as a pursuer. The game tries hard to add elements of horror atmosphere, but they only ever feel silly and eye-rolling. Jump scares, scary screams, and little else await you. Indeed, a couple levels had scares that would trigger over and over again every time you enter a particular room, completely taking away any sense of horror whatsoever. Having the lights turn red and watching a single chair lift off the ground for a minute is honestly more funny than it is scary, and it’s not particularly funny. Seren’s presence feels less like a threatening entity pursuing you, and more like having the same guy photobomb every photo you take of yourself for months.

Master Reboot‘s malfunctioning horror motif doesn’t end here, though. Other highlights of misfired spooky intentions include a series of gaudy, gruesome paintings, one in each level, each accompanied by a generic threatening line about death and destruction, along with a premium vanilla scary-woman-scream. Low-res shadows being quickly dragged across the screen are also commonplace, always accompanied by the same jumble of sound effects downpitched in an attempt to be scary. The only scary thing here, however, is just how lame every attempt at horror feels. “OOOOOH LOOK AT ME, I POPPED OUT OF A LOCKER, MY EYES ARE GLOWING WOW SO SPOOKY”

What the game lacks in dexterity of the horror variety can be made up to a certain extent in other areas. Each memory, once finished, leads the player to a bizarre Tron-esque area featuring some attributes from whatever memory was just explored. These create a great feeling of mystery, and the sense that something greater is watching you, and trying to influence the realities your character is eventually led to face. While this miasma of mystery is usually effective when it appears, though, it is sometimes accompanied by bloom effects so harsh that crucial elements of the level are completely obscured from comprehension. One particular area begins flooding after you begin traversing it, but the lighting is so glowy, and the game so bad at showing what’s going on, that it took me several tries before I realized what was going on. Some areas do perform admirably though, using lighting effects to generate impressive atmosphere that contrasts starkly with other parts of the game. But really, what does it say for a game when the best you can say about it is “well, I really liked that one tree”?

Master Reboot is a disappointment in many ways due to what shoddy craftsmanship it exhibits. There are several ways in which the game just doesn’t feel fine-tuned enough to be treated as a finished product. Some things are mostly harmless but still embarrassing, such as the shotgun, which has a reticule that isn’t actually in line with its shots, instead veering slightly to the left. Others seem extremely easy to notice and fix, such as a typo in the name of one of the levels.

The final nail in Master Reboot‘s cyber-coffin is its entire ending segment. Nothing will be spoiled here, but it cannot be ignored that the ending of Master Reboot is the apex of all of its problems. The story culminates in a twist that is, for a second, actually a little clever, only to instantly become completely ridiculous. Once you’ve reprogrammed a rogue AI by beating the crap out of its operating system, (you read that right) you are led to a final challenge that, should you fail, is so badly designed that it doesn’t know to reset the game, or react to your failure in any way. You end up trapped in an area where you can no longer do anything, and are forced to manually reset the game in order to try again. This requires you to repeat the 15 minutes beforehand as well, leading to extreme tedium for anyone whose skill is less than perfect. How do you perfect the specific skills needed to finish the game? By playing through the last leg over and over, of course! “Here lies Master reboot, a game so heavy-handed that its hands actually fell off, leaving it to bleed to death.”

Pulling the plug on Master Reboot would be a mercy. This game’s one or two interesting moments are small salvation, and easily crushed under the weight of its own problems. An utterly baffling story that confuses and misleads you for no reason throughout its 6 hours, environments that can occasionally be pretty but usually just look lazy and vanilla, and some of the most blatant and constant use of tired horror tropes I’ve ever seen are all part of the code that makes up this dysfunctional, glitchy program. This thing is shoddily designed, terribly written, and about as scary as reading a menu, and is only redeemable for a select few area designs that impress visually. I hope Seren.exe comes along and deletes this game from the entire internet. Master Reboot gets 2.5 numb and generic jump scares out of 5.

Note: This review was based on Wii U review code provided by Wales Interactive. 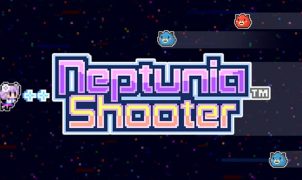