Staring Into The Abyss

ACE Team, the Santiago, Chile-based studio behind Zeno Clash and Rock of Ages’ latest title, Abyss Odyssey, is a unique gaming experience. Essentially a procedurally-generated roguelike fused with fighting game mechanics, Abyss Odyssey puts players in control of one of three warriors as you explore the subterranean lair of a slumbering warlock in turn of the century Chile, whose nightmares have manifested into the mortal realm, ravaging the world above with a menagerie of horrific creatures.

To put an end to the chaos, players must trek into the underground realm of the sleeping warlock and wake him, while battling against a wide array of fantasy monsters, collecting glittering treasure, and uncovering the story behind the dark mystic’s descent into madness. Players begin Abyss Odyssey as the mighty female fighter Katrien, but can eventually unlock two other playable characters throughout the course of their adventure;  a vengeance-driven phantasm, the Ghost Monk (who is comprised of the glowing souls of soldiers who have fallen to the Warlock’s nightmare creatures), and the halberd-wielding warrior Pincoya. As you progress through your quest to wake the Warlock you’ll also be able to capture and purchase the souls of enemy creatures you’ve slain, which you can then control as a standby character, eventually allowing you to even control bosses as you delve deeper into the game’s titular abyss. Players are able to chart their progress through the game’s abyss by utilizing the game’s handy maps which can be found at the exit of each floor. By reviewing the map you’ll be able to see the difficulty level of the next floor. If the next floor looks too challenging, maybe you’ll choose to move horizontally on the map instead of progressing downward, taking a path of less resistance as you chart your progress to the bottom of the abyss. Additionally, you can also use the map to scout out the pathway to precious treasure rooms teeming with gold ripe for the taking, and special boss floors that offer great challenges and even greater rewards as you battle the Abyss’ most fearsome entities. One interesting thing about Abyss Odyssey that really stands out in the game’s unique approach to combat.

The best way to describe the game’s unique fighting system is a fusion of Dark Souls and Super Smash Bros. Sound strange? It is, but it works surprisingly well. Let me explain; the battles in Abyss Odyssey take place in real time, typically between no more than 1-3 foes at once. The combat is very defense-oriented, much like From Software’s dark fantasy epic, rewarding players who master the game’s extremely useful blocking and dodge mechanics, much like a fighting game.  However, double jumps, projectile attacks, and flashy magic abilities harken back to the big N’s flagship fighter mashup, creating a dynamic and satisfying combat system that is easy to pick up but difficult to master.

Players should be able to traverse to the final floors of the first (and easiest) town’s dungeon with just a rudimentary grasp of the combat system, but it’ll take a solid understanding of the game’s offensive and defensive mechanics to reach deepest bowels of the abyss when playing through the game’s third and most challenging trek into the dark underworld. While the system works exceptionally well for the most part, it’s not without its flaws. Standard and special attacks are mapped to the face buttons of the controller, but you can also perform rapid multi-directional attacks by using the right stick. While it usually works just fine, it can sometimes feels inelegant, and can eventually devolve into you simply fumbling with the controls trying frantically to successfully land your attacks when dealing with multiple enemies. Thankfully, more often than not things work without a hitch, but when you’re outnumbered and getting rocked from every direction and unable to adequately defend yourself, it can becomeborderline maddening.

Death in the abyss can be a painful experience. If your hero falls in battle you’ll be replaced by a member of the Chilean military. This less-powerful form isn’t too bad with an axe, but can fall relatively quickly compared to any of the game’s hero characters. If you’re able to make it to one of the dungeon’s shrines as the soldier you’ll be able to resurrect your fallen hero. However, if you’re killed in this mortal form you’ll be whisked back to the Abyss’ entrance again in typical roguelike fashion. While it may sound harsh, this punishing mechanic quickly makes you appreciate the game’s diverse fighting system and soul-collecting aspect, as a proper defense and steady supply of powerful demon forms is key to progressing to the Warlock’s resting place. While you’ll spend plenty of time fighting foes in Abyss Odyssey, it’s no mere action game, playing host to the expected wealth of RPG tropes such as leveling your characters up to craft the perfect dungeon dweller. Experience points earned in battle unlock skill points that can be spent at altars which are found scattered throughout the abyss. Points are used to upgrade each of your three abilities up to three times each. Upgrades include damage buffs, defense enhancements, and mana boosts that are provided when using each technique.

You can also further augment your ability to cancel attacks, much like a fighting game, which greatly helps when quickly trying to switch up your tactics in the most frantic of melees. When you’re not duking it out with Abyss Odyssey’s nightmarish denizens you’ll be scouring the dungeon for scattered gold to spend at the game’s plentiful merchant stalls, which can be dumped into a staggering amount of weapons and artifacts which will aid you in your adventure. In addition to shopkeepers, you’ll also encounter other, more bizarre NPCs such as a mysterious skeletal guitarist who imparts experience-boosting words of wisdom for a small donation, and a eerie cursed violinist who will give you a rare item, but will also attempt to hunt and kill you at the worst of times if you accept his gift. The world of Abyss Odyssey is strange and haunting, and your interactions with the twisted cast of characters borne from the Warlock’s dark fantasies adds another layer of depth to ACE Team’s unique side-scrolling adventure.

Speaking of pulling you in, Abyss Odyssey’s music is simply astounding. Some of the game’s haunting melodies even rival those of some of my favorite Castlevania entries, offering eerie, beautifully orchestrated pieces that immerse you in the labyrinthine dungeon’s fantasy world. Additionally, the music changes dynamically depending on what’s happening on-screen, alternating between epic, pumping tracks and eerie, atmospheric pieces that play when the Warlock suddenly appears to wreak havoc on the player. Unfortunately, the game’s visuals aren’t quite up to the high standard set by the Abyss Odyssey’s exceptional soundtrack. Character models and environments are relatively plain, and some of the character animations can be a bit jerky and robotic.  Thankfully, the vibrant colors and varied scenery help to spice things up. You’ll explore overgrown jungles teeming with cannibalistic flora and fauna, sweltering caverns filled with molten lava, and frozen tundras with icy footholds and deadly icicles waiting to fall and impale your intrepid dungeon explorer. The game runs good as well, consistently keeping a smooth framerate even during the most frenzied encounters. For those who like to do their dungeon delving with friends, Abyss Odyssey supports two-player online and local cooperative multiplayer, allowing you and a friend to fight your way through the abyss.

In addition to the cooperative play, the PC version of the game also allows you to test your mettle against 3 other players in a fast and frantic versus mode. While we don’t see the adversarial aspect of the game replacing your current fighter du jour, it’s still a welcome addition to the package that’s entertaining in short bursts, though the cooperative mode is sure to give Abyss Odyssey legs. All in all, Abyss Odyssey is a welcome surprise that is sure to add some excitement to gaming’s slow summer months. While a single run of the game can be completed in less than an hour the game is tailor-made with a strong emphasis on replayability. The branching paths, a staggering roster of unlockable monsters, and procedurally-generated environments that ensure you’ll never experience the same dungeon twice make Abyss Odyssey an exceptionally well-rounded package.

Developer ACE Team have even offered an enticing incentive to players who continue to delve into the dark recesses of the warlock’s realm in the form of a unique, community-focused metagame which adds new features and content to the title after enough players have finished the game. Abyss Odyssey combines the most addictive aspects of the roguelike genre with a fresh and exciting combat system to create a wholly unique and exceptional experience that should keep fans of both genres happily hacking away in the deepest depths of the abyss for the foreseeable future.

Note: This review is based on a PC review copy provided by the game’s publisher, Atlus. 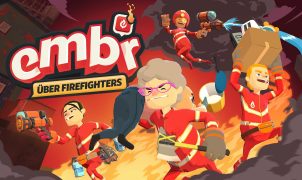