Beyond: Two Souls PS4 Port May Be In The Works 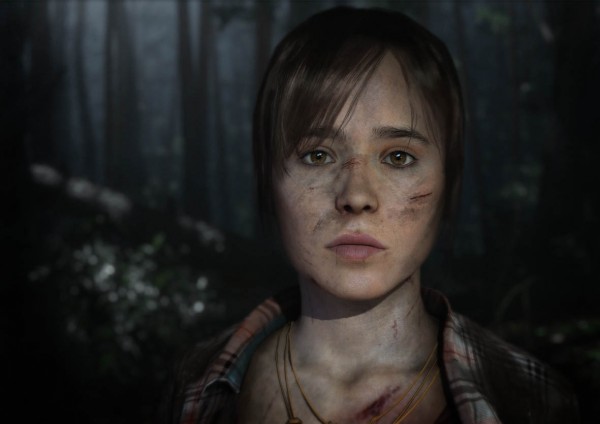 Quantic Dream’s supernatural thriller Beyond Two Souls may be joining The Last of Us on the list of Playstation 3 exclusives to get the Playstation 4 treatment.

Two listings on German retailer’s sites have surfaced- Alcom and World of Games– listing a remastered version of the 2013 title slated to be released later this year. While we can’t exactly call this definitive confirmation, it would fall in line with Sony’s recent practice of porting big-name exclusives to their latest shiny black box. The fact that keen NeoGaf users spotted a Playstation 4 version of the game in a programmer’s portfolio also serves to add validity to rumors the game could be making its way to the PS4.

Beyond Two Souls was originally released in October of last year. The game tells the story of Jodie Holmes and her mysterious spiritual companion Aiden in a tale full of suspense, mystery, and the supernatural. While its production values were through the roof, the segmented pacing of the story and unique poltergeist-inspired gameplay mechanics made Beyond Two Souls the most divisive of Quantic Dream’s stable of big budget adventures.

So, would you pick up a remastered version of Beyond: Two Souls? Personally, I’m holding my breath for a remastered port of David Cage’s Xbox classic  Indigo Prophecy or Omikron: The Nomad Soul (just imagine the glory of seeing a gloriously HD rendered David Bowie in the city’s seedy red light district). Are there any other Quantic Dreams titles you’d like to see get the current-gen treatment? As always, let us know what you think in the comments below.