By 1997, Nintendo’s “Kirby” franchise was already relatively known. Many games in the series had come out by this time, and the series was even popular enough to earn a few spinoffs in the few short years that it had been alive. One year before, the Super Nintendo game “Kirby’s Super Star” had been released on the SNES and was so widely liked by gamers, that it remains relatively famous to this day. The game sported several new features, such as the ability to create helpers (CPU or P2-controlled). Helpers were created based on Kirby’s Copy Ability at the time, and took the form of specially-colored enemies. While there were many new features, perhaps the most exciting feature to gamers was the fact that Kirby’s Copy Abilities no longer consisted of a single attack based on the Ability that Kirby possessed, rather Kirby could perform many special moves with a single Ability. The versatility of these Abilities made the game quite fun, and challenged players to become as good as they could with Kirby’s new powers. Following the success of this game, it was obvious that another game would be released soon. Fans speculated at what could come of the next Kirby Game. Many had hoped for a Kirby’s Super Star 2. The possibilities were endless for the Pink Wonder! True to the prediction, another Kirby game was released a little over a year later. Kirby’s Dreamland 3.

Rather than becoming what the fans had speculated, Kirby’s Dreamland 3 reverted back to a more classic Kirby playstyle. Rather than choosing scenarios, Kirby would go through each level, in order, with a boss at the end of each of the 5 worlds. To the disappointment of many, Kirby once again went back to the “one attack per Copy Ability” format that the Kirby games of the past had adopted. I’m sure that many of you, regardless of whether or not you have played the game, may find this news disappointing. I’m here to say that it’s not all bad. In fact, Kirby’s Dreamland 3 is my favorite game in the franchise. Allow me to elaborate.

First, let us start with the story. As much as I love the game, I will admit that it is a bit bland. Dark Matter, once again, has taken over Dreamland and it is up to our hero Kirby and his friend Gooey (a being that onced belonged to the evil Dark Matter but managed to separate himself from the villain’s body) to save the day. The format of the game, as previously explained, is almost exactly the same as its Kirby’s Dreamland predecessors; beat levels, beat a boss, rinse and repeat. Those of you familiar with the series may remember the Rainbow Drops of Kirby’s Dreamland 2. Rainbow Drops only appeared once every so many levels and required a different Copy Ability to get to each one. Dreamland 3 took this concept and expanded upon it. Each level has a special task that you may preform; a “sub-quest” if you will. These tasks vary greatly and include things such as playing mini-games, building sculptures, collecting items, and, in one case, destroying Metroids for Samus (I promise that is no joke)! While Kirby does not have to preform these tasks, doing so will earn Kirby a collectable called a Heart Star. If Kirby successfully collects all of the Heart Stars in a world, he will banish Dark Matter from that section of Popstar upon the defeat of the area boss. Once an area has been cleansed, the boss becomes “good” and going to the boss stage only results in the boss standing by a Warpstar for Kirby to get on. Personally, I love that detail. Once all five areas have been cleansed, Kirby can go to the sixth and final world. This world is short; consisting of one three-stage boss fight against Dark Matter and 02 (the master Dark Matter, if you will). While the pastel hand-drawn graphics of this game make arguably the most adorable Kirby Game to this day, the 02 boss fight is rather gruesome, as his attacks involve opening wounds upon his body to spew blood at Kirby, and when defeated his eye rips out of his body in a graphic manner. No joke. Besides the enhanced graphics, enhanced collectible system, killer soundtrack, and phenomenal last boss, Kirby’s Dreamland 3 has, to date, the most complex and intricate Animal Friend mechanics. Kirby’s Dreamland 3 brings back Kirby’s original friends Rick the Hamster, Coo the Owl, and Kine the Fish, along with some new faces; Pitch the Pigeon, Nago the Cat, and ChuChu the Octopus. Each Animal Friends had their own strengths and weaknesses in terms of movement with various speed, climbing, jumping, flying, and swimming stats. What really made the Animal Friends fun however, was the fact that each Animal Friend used Kirby’s Copy Ability differently. This meant, while the versatility of Kirby’s Super Star was gone, each of Kirby’s Abilities worked in 7 unique ways! This vastly increased the replayability of the game, as players had the opportunity to go through each level in many different ways with many different companions! The Animal Friends all had distinct personalities that could be shown when they weren’t picked by Kirby or when they used Copy Abilities. The only downside to this was that only one player could use an Animal Friend at a time. 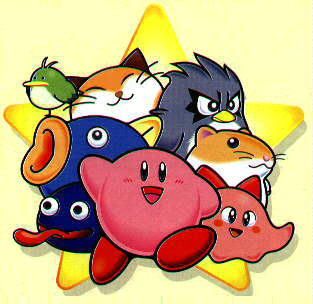 While this game certainly was not the most popular game in the Kirby franchise, its charms keep me coming back to 100% it time and time again. If you’re ever in need of a fun game to play and love classic platformers, why not give Kirby’s Dream Land 3 a try next time? As far as I’m concerned, it’s a solid 5/5. 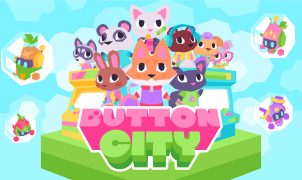 Button City Review: A Colorful Story That’ll Make You Tear Up     As someone that grew up in the mid 80’s and early 90’s, it’s no surprise I’ve…