With the release of the Super Nintendo (or, in Japan, the Super Famicom) came new opportunities for game developers. It was a chance to create new things, and test the limits of what could be done. While many companies focused on overhauling aspects such as mechanics, graphics, and sound, Capcom took things even further and decided to do an overhaul on their very own mascot character. In December of 1993, Mega Man X was born.

North America had to wait an extra month to get the game, but boy was it worth it. Capcom’s attempt to breathe new life into the Blue Bomber was very much successful. The game boasted new characters, new Robot Masters (now called Mavericks), new abilities, more extreme platforming, and a new story, all wrapped up in the familiar layout of the original Mega Man games.

The gameplay was, if you will, a more “advanced” and “fast-paced” counterpart to the old style of Mega. Man. There was plenty of platforming, but new mechanics such as dashing and the ability to climb up walls gave gamers multiple ways to deal with a situation. The wall climbing ability was definitely something people weren’t used to. In a way it was a relief; many Mega Man fans, including myself, know all too well the pain of being just a bit short on a jump. By mastering wall climbing (and believe me, there is a “mastering process”), players could get past enemies and nab some power-ups. 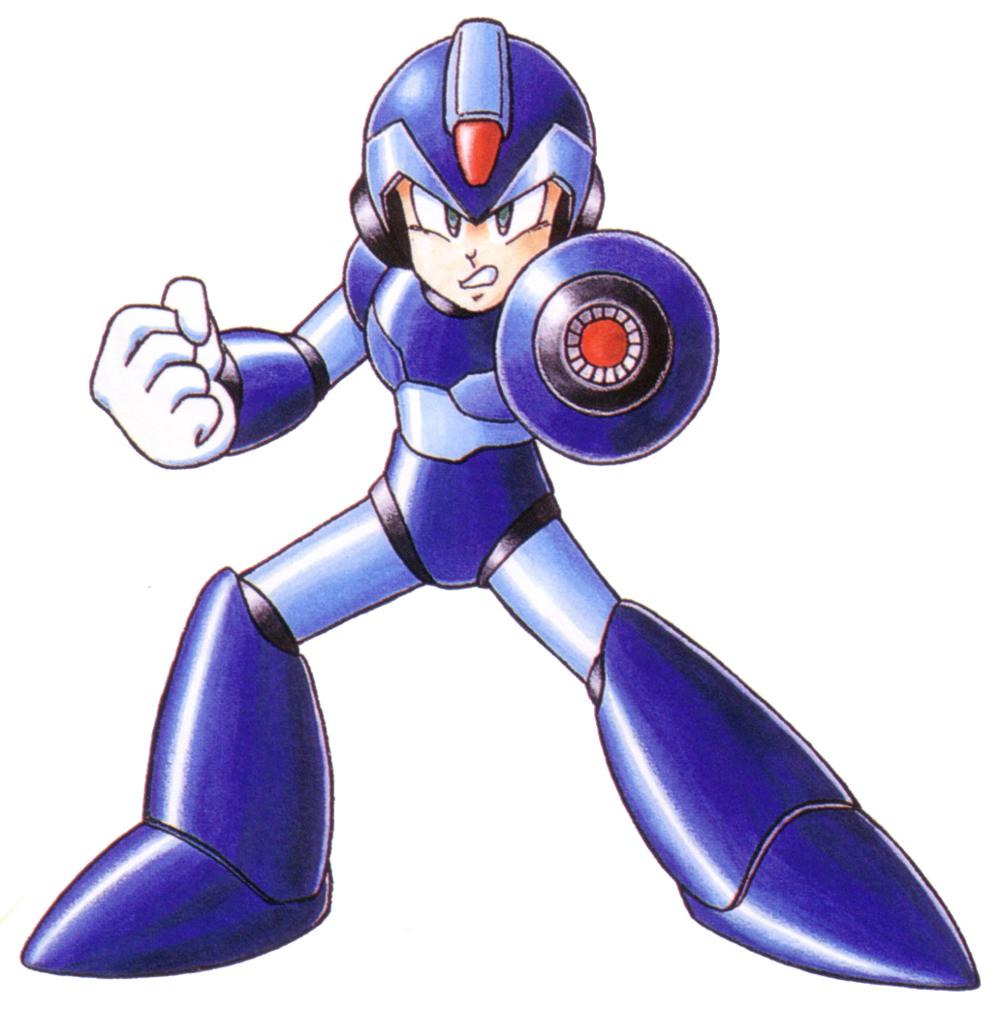 The power-ups themselves were also new to the Mega Man X series. Throughout the eight Maverick levels were scattered eight Heart Tanks, four sub-tanks, and four upgrades. The Heart Tanks increase X’s maximum HP. Unlike in the previous Mega Man installments, X starts out with a relatively small health bar; much smaller than those of the Mavericks. By collecting all eight Heart Tanks, X’s HP bar would actually end up surpassing that of any boss!

Sub-Tanks work like E-Tanks did, but with two major differences. First off, they were re-usable. Once you found a Sub-Tank it was yours for the keeping. There was, however, a bit if work involved before they would actually work. Sub-Tanks had to be recharged. How did you recharge them? Simple; collect HP restorative items with a full HP bar. Depending on where you were in the game, keeping your Sub-Tanks full could be quite difficult!

Next, the upgrades. Before that , however, let’s go over some lore. Mega Man X was created by Doctor Light, the original Mega Man’s creator. Light was old and knew that he was not destined for this world for much longer and built X, knowing that the world would one day meed a new hero. Along with X, Light also created several capsules. Each capsule contained a message from Doctor Light, and a special piece of armor. Upon stepping into the capsule, the machine would acknowledge X and install the armor piece. X can acquire a helmet, which protects him from falling objects, new legs, which allow him to dash (and in later installments, dash in the air), body armor, which reduces damage taken by one half, and an X Buster upgrade, which allows X to charge up his buster even more than usual, resulting in a powerful shot.

There is one final power up in this game, however it is a bit game breaking. Upon collecting every other item in the game, X can return to Armored Armadillo’s stage to get, no joke, the Hadouken; the signature move of Ryu from Capcom’s “Street Fighter” series. In order to perform the move, one must input the actual button combination from Street Fighter (quarter circle forward + shoot). The move instantly kills anything (including the last boss) that it touches, and X must be at full health to perform the move. He even shouts “Hadouken!” It is most definitely one of the coolest Easter Eggs to this day, in my opinion. 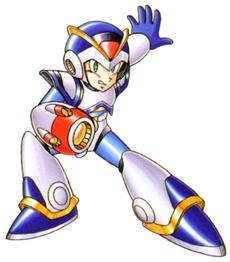 The bosses were also quite different. Capcom ditched the “Man” naming. (Fire Man, Top Man, etc) in favor of animal-based robots called Mavericks. The naming process geney consisted of “Element Animal”, such as “Spark Mandrill”, or “Storm Eagle”. Also unlike the original series, many Reploids (sentient robots) became Maverick (anti-human) of their own will, as Reploids have varying degrees of free will. Aside from the lore, they also seemed quite a bit more advanced, as they no longer simply had one or two moves cycled over and over. The bosses seemed to be a bit more sentient, mixing jumps, attacks, stage mechanics, and special abilities together in order to keep the player on their toes. They did, however, maintain a “cycle of weaknesses” from the older games, in which each boss was weak against another boss’ special weapon. The more complex repertoire made it more challenging to figure out just how a Maverick worked in order to beat it. 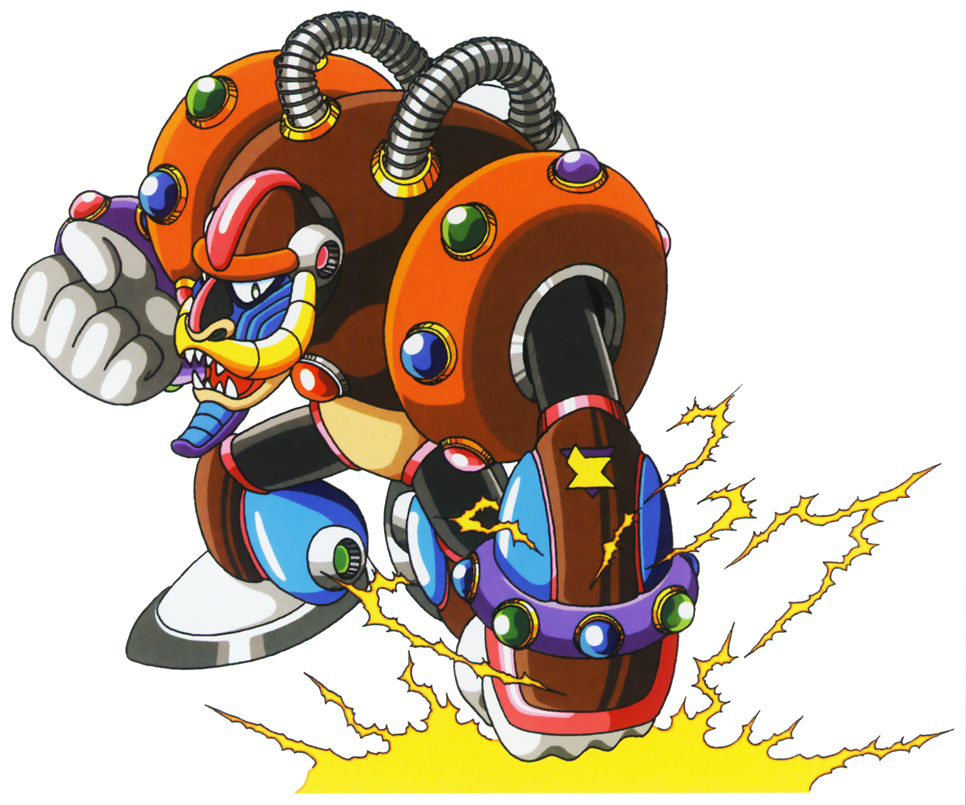 While the original Mega Man is every bit as good in its own right, I feel as though the X Series was a breath of fresh air. Yes, it was largely the same, but there were so many tweaks that it truly felt as though you were playing something different. It was never unfairly difficult, but did provide enough of a challenge to make you feel like a hardcore gaming champion for beating it. Even now, I find myself from time to time getting my SNES out, dusting everything off, and putting this masterpiece of a game in, all to help X defeat Sigma.

This game gets a perfect 5 in my book.