Smashing Insight: The Pros and Cons of the Invitational for Nintendo, the General Public, and the Smash Community 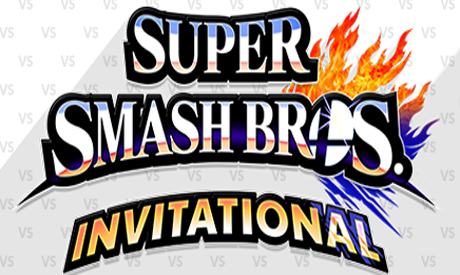 Normally when I’m watching Smash streams, I don’t livetweet or pay attention to social media that much, although I know many players that do. It’s because I want the full experience of competitive play, uninterrupted. If I feel like I can’t accomplish that, I wait for the footage to come up on YouTube.

But when I was asked by the HPP team to offer my insight, from the Smash side of things, as to how the invitational went, I had to do my research somehow. So I spent much of the tournament not just livetweeting it out, but watching the social media responses (and not Twitch chat, because you can never trust Twitch chat!) from many individuals on both the casual and competitive sides of Smash. I have to say, it was an overall…interesting experience, to say the least.

Before I begin the breakdown here, I want to make it clear that you, the reader, may not exactly agree with what I say, and I appreciate your comments about how you feel on the subject below. But with editorials comes a particular opinion, and if you’re asking a competitive player, then you’re going to expect that slant. So here goes. 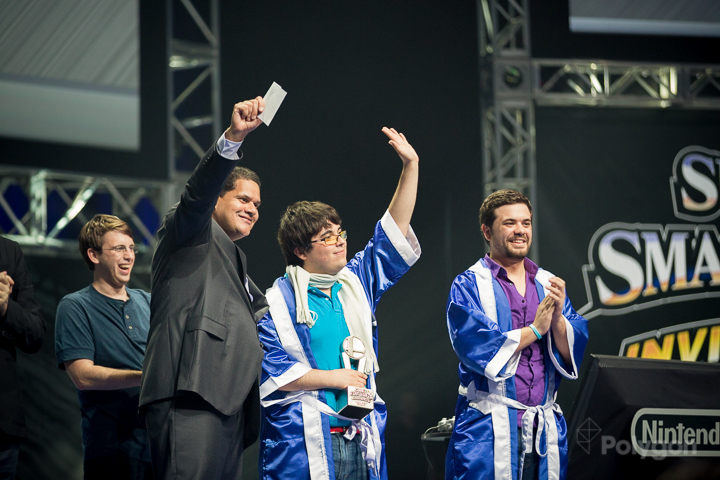 Let’s begin by talking about what went well. First of all, I want to thank Nintendo, as many of us in the community did, for this opportunity, because reaching out to us really feels like you respect us a bit more than you did a year ago, when you tried to cut the cord on a fully-funded Melee EVO stream. A lot’s changed since then, we can tell.

Picking top players and casters from our community as a whole, and not just the best players, was an excellent decision, and it showed how these players respect and love Smash just as much as its creator, Masahiro Sakurai. Everyone had a good time and continue to have high hopes for the game, based on reactions I read following the invitational’s completion.

And for all the fans who were there and were also watching…let’s be honest. D1 stole the show.

Nintendo also showed that they were just as happy to play around with us, too. Reggie’s “I’m going to get better and kick your ass” comment to Hungrybox has acquired about as many views as D1’s Megaman hype. And Sakurai teased a competitive player who came for the Smash roundtable asking if he could help balance the game if he beat Sakurai in “For Glory” mode, with the reply, “Have you even created a game?” (Also, interesting theory: while not exactly known for certain, many wonder if it is possible to beat Sakurai, simply because he tested the multiplayer functionality of his own game using one GameCube controller in each hand, by himself, while dealing with health issues. It’s something I hope we can see one day.)

Reception has also been pretty good since the invitational. Everyone loved watching it, casual or competitive, and the Best Buy demos got swarmed the day after, with many positive responses to the game’s potential.

With every good thing, there’s always a few bumps in the road. But for me, if we were to consider the invitational a flight by Nintendo Airlines, we encountered a hell of a lot of turbulence.

It begins with the event’s announcement itself. While it’s great that the Smash community got reached out to, we all knew, no matter if we were going or not, what this invitational was for. It’s publicity. Winning E3. Nintendo didn’t have to show games this year, guys. They could’ve done as well as I mentioned in my convention editorial without showing us much of what we wanted to see. But they did it anyway, and I applaud them for that, because to be honest, this was a train wreck to watch live.

So yes. Items being on is publicizing the game’s content. And I’m fine with that. What I’m not fine with was what came out of the overall reaction to the game because of it. There were the competitive players that felt they had to sit around until grand finals to actually see anything, while occasionally pumping out a tweet reading “Brawl 2.0,” while many casual fans slammed players for being “trash” at working out the RNG of a game they had literally played a single day of. I…can’t even describe some of the bitterness that built up from both these things continually resonating throughout the event.

Geoff Keighley, by the way, should not have been there. If anything, I would’ve had Bobby Scarnewman, aka Scar, run the whole thing, simply on the principle that he knows how to get fans excited. But, since he’s not a popular gaming figure for hire, I guess that ruled him out. Damn Keighley sucked, though. No offense to the guy, but you should stick to your job hosting things on G4 and not make a complete idiot/asshole of yourself by trying to move things along like you’re bored and saying Nintendo character names wrong. Come on, man. You’ve probably had that book all day. You could at least know who’s who. For Christ’s sake.

Which reminds me. The “Fan Favorite” tournament? The press and celebrity “tournaments”? Wastes of time. I love me some Zelda Williams and Masara Sato, but wow. They didn’t come close to the excitement of the good players you actually invited to the invitational. And on top of that, many people complained about Hugs moving up the bracket simply because he was playing Megaman and people wanted to see more Megaman, which was the whole point of the Fan Favorite bracket. Ugh. It’s like people thought “Fan Favorite” meant “the person that was just as successful as the person who won.” No, it’s the person who gets the most votes. It’s a popularity contest. And that’s just not how you run a bracket, Nintendo.

The aftermath has also had its fair shares of ups and downs. I’ve seen a lot of positive reception for the players who went that came from our own community, as well as some thumbs up from the general public. But we got meme’d again, which revived old memes as well. And unfortunately, this has led to people thinking we’re entitled, whiny manchildren that disagree with the already good design that’s been put in place for Smash 4 because we were spoiled rotten with Melee, completely by accident. And that just makes things look worse, and worse, and worse…

So what can we take from this?

Funnily enough, we can live with it.

I’ve read a lot of things regarding Smash 4, and while we may have initially had frustrations with how the game seemed, especially during grand finals (yeah, this is going to be a three-stock game, we can already tell), the Best Buy hands-on demo turned a lot of heads around about whether or not the game was going to be viable.

It’s going to be fine.

And as for the publicity? Eh. Zhu embraced the attention he got from being wombo combo’d back in the day, and we all love him to this day in the community for being so humble about it. For the new things that rose, D1 loves the videos that have gone up regarding his Megaman hype. And I’m sure Hungrybox can’t wait to see if Reggie actually follows through on his word.

Smash community, we’re going to make this game just as great as Melee, just you wait.

And to the general public, we welcome you with open arms.

Even though a billion things went wrong, I gotta say that overall, the invitational was hype, and worth it.