Suda51 Is Crazy; To Prove It, He’s Making a Free-To-Play Game

Suda51 (and by extension Grasshopper Manufacture) has a well-known secret: he has a deep-seated penchant for the utterly insane. Lollipop Chainsaw, Shadows of the Damned, and No More Heroes are great examples of this, and it’s no surprise that his next game looks appropriately gory and absurd. It’s not a typical multiplayer action game — Let it Die features “player data,” akin to ghost racers in driving games, as opposed to AI or other real human players.

What IS a surprise is that this survival-themed multiplayer title called Let it Die is free-to-play. The ability to make a free-to-play game comes from an existing relationship with Sony, as well as better tools for gathering player data. The concept stemmed from the “strengths of GungHo,” and the fact that much less bureaucracy exists when working with them.

Details are sparse, but Let it Die will probably have a beta of some sort this year, with a release sometime next year. 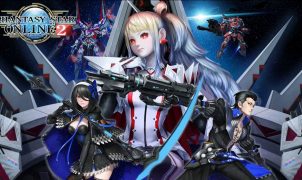 Fire and Furi When it released on PS4, Xbox One, and PC last year, Furi quickly became one of my favorite games of this generation. Its neon-saturated aesthetic and…