Fans have been crying for a US port of Final Fantasy Type- 0 for quite a while now.  Like since it came out in Japan and only Japan in October of 2011 for the Sony PSP.  The action RPG that was known for being part of the hugely hyped Fabula Nova Crystallis never had managed to find it’s way west at least until now.  Final Fantasy Type-0 HD will be coming to PS 4 and Xbox One.  This is all direct from the mouth of Hajime Tabata who directed the game.  He made this announcement on today on PS Blog.  He also added “The voice of our Western fans was instrumental in the development of Final Fantasy Type-0, and we’re very excited to release this title soon. The new PlayStation 4 system and Xbox One gaming and entertainment platform have really helped to re-envision this dynamic and turbulent world of Orience.”  Final Fantasy Type-0 did receive very favorable reviews upon its release in Japan back in 2011. Famitsu gave the game a 39/40 praising the games great story and overall smooth experience as a whole on the PSP. 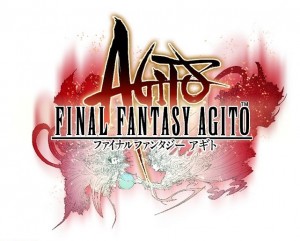 This, however was not the only entry of the  Final Fantasy Fabula Nova Crystallis saga announced today to come be coming West.  The mobile title Final Fantasy Agito for iOS and Android mobile platforms released in Japan last month on May 14th 2014 will also be coming our way soon.  The game will be a free to play with in-app purchases.  The game is a turn based RPG combat system, and is tied to the story of Final Fantasy Type-0 as both a prequel and companion.  In less than one month since launch over 500 thousand users have already registered Agito in Japan according to Square-Enix.