As something to whet our appetites in anticipation of Ubisoft’s May release of Watch_Dogs, the good folks at Titan Books were kind enough to float us a copy of the Art of Watch_Dogs. Deadpixels and I were both very excited, myself particularly given my love of art and a knowledge of 3D computer rendering a fascination with design. So what’s inside? Well…

The book is essentially a high quality introduction to the world and quirks of Watch_Dogs, and breaks down into four sections. The first is the Dramatis Personae covering Aiden and the game’s other assembled cast of characters. The second section covers the various districts of the game’s portrayal of Chicago. The third goes into the underground cultures of the city. And the final section delves into the technologies that make the sinister technocratic playground of a hyper-connected Chicago.

Each section has it’s charms, but the stuff that really stands out are the second and third chapters, which is where most of the original concept art is laid out. While sections one and four may contain items of interest, they are very straight forward and are generally brief representations of characters and some of the fundamentals of gameplay. Sections two and three really delve into concept art and show you where the city and it’s human touches were coming from. Like many other art books that came before it, you’ll find digital paintings here to go with the final renders, and the concept stuff looks like it’s maybe ten years off from Blade Runner in terms of mood and theme. The images are gorgeous and are worth mention. The third section goes over the minutae that make Ubisoft’s portrayal of Chicago their own. Everything from DedSec tags to gang signs from the Black Viceroys are found here, many of which convey great meaning with simple tricks and arrangements. Very good stuff.

The book is more a world book than anything else – the art is the vehicle, have no doubt, and no detail was spared in bringing beautiful, eye-catching art to the fore. But, it is clearly there to support an immersion to the world. If you want glossy, high-res reproductions of the characters and scenes, as well as a good amount of concept art, you’re getting exactly that.

The writing in general is minimal – most of the art speaks for itself, and is centered around biographies of characters and bits of flavor text to describe environments and in-game technologies. Mostly, it stays out of the way of the imagery, and speaks up only to call to attention particular aspects of individual pieces.

It doesn’t have some details that someone who is a professional in design might be looking for. It has scant base or wireframe models (something 3D artists usually crave) – mostly a few poses of Aiden doing dramatic stuff. It doesn’t go into any of the technology used to make the art, and you get very, very small blurbs from the artists themselves. The process of creation is glossed over a bit – but as noted above, it’s still beautiful, and ultimately, including the nitpicks above may have drawn from a casual readers enjoyment.

The book is definitely one to pore over, particularly the second chapter, and all in all I’m impressed with the caliber of the book’s presentation and its overall style. No doubt this will make a wonderful addition to any digital artist’s personal collections, and is available for $29.95 (retail) wherever fine books are sold.

Released May 7th, 2014; Available for order in print online or wherever fine books are sold; Author: Andy McVittle; Publisher: Titan Books; MSRP: $29.95
This review was based on a copy of the title graciously provided by Titan Books. 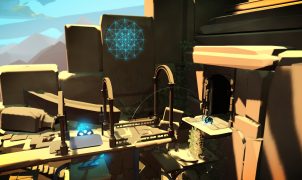 Shiny Orbs and Wireframe Golem tries to take what people loved about the simplicity of Monument Valley‘s puzzle solving and the visual splendor of games like Journey and ABZÛ,… 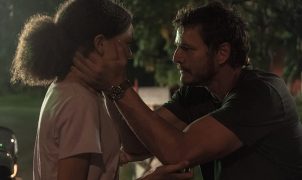