Love is a battlefield

Bethesda Softworks today unveiled BattleCry today, a new free-to-play multiplayer combat title that hopes to take the PC by storm next year with its frantic and visceral 32-player battles. Developed by BattleCry Studios, the game is set against the backdrop of a world where gunpowder has been banned after a cataclysmic war at the tail end of the 20th century, so be prepared to ditch conventional firearms for an array imaginative, transformative weapons such as melee and ranged tools of destruction that harness iron and energy and eviscerate your opponents with swords that transform into shields, bows that can punch an arrow straight through an armored skull or electrocute your foes to a crisp with high powered blades charged with electro-static energy.

BattleCry’s bold and imaginative world has been crafted by industry veteran Viktor Antonov, who helped bring the iconic worlds of Half-Life 2’s City 17 and Dishonored’s Dunwall to life.

In BattleCry, conventional war has been relegated to the dustbins of history. Now, nations settle their differences in sanctioned WarZones, where small but elite groups of warriors represent their nations in an all-out melee to determine the fate of their homelands. Players can choose to align themselves with either the Royal Marines or Cossacks, climbing the ranks and unlocking new abilities and builds for their combatant with each level gained.

“The BattleCry team is happy to unveil the game that bears our studio’s name,” said Rich Vogel, president and executive producer at BattleCry Studios. “We have been hard at work to create a fresh experience for gamers that brings together multiplayer action with visually stunning combat and are excited to share details about the game and have people play BattleCry in Bethesda’s booth at E3.” 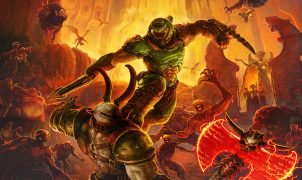 DOOM Eternal Rips And Tears Onto The Switch Today 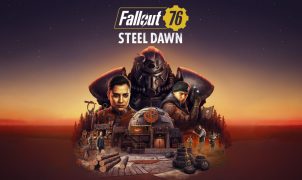