Meet Nosgoth’s Human and Undead Champions in These New Screens

Square Enix and Psyonix show off new images from the Nosgoth closed beta. Are you ready for another look at the bloody man vs. vampire battles unfolding in Nosgoth? The game’s publisher, Square Enix have released an arterial spray of screenshots from the game, which is now in the closed beta phase.

The latest screens from Nosgoth showcase some of the game’s lethal classes (my favorite of which is the rather nasty looking winged vamp, the Sentinel), showing off some of their tools of the trade.

Set in the Blood Omen universe and developed by Psyonix, Nosgoth competitive team-based, third-person online multiplayer game that pits humans against Legacy of Kain’s signature undead vampires as they battle it out for domination of the conflict-ravaged realm. Powered by the Unreal 3 Engine, Nosgoth is built around asymmetrical gameplay that puts the weapons-toting humans against the melee abilities of the undead. The class-based skirmishes offers deep customization of abilities and perks allowing you to develop and craft your ultimate vampire slaying mortal or bloodthirsty vampire killing machine.

Do you plan on jumping into the fray when Nosgoth is released on Windows PCs later this year? If you do, will be you be fighting under the banner of the vampire hunting forces or the merciless legions of the undead? Let us know in the comments below. 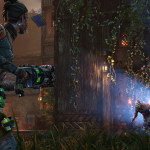 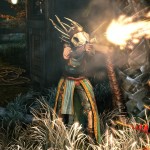 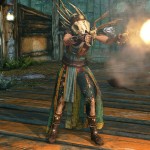 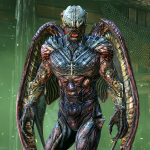 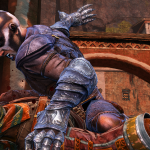 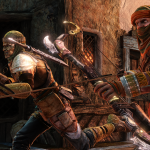 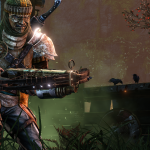 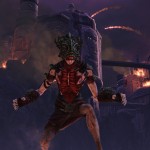 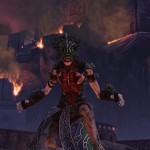 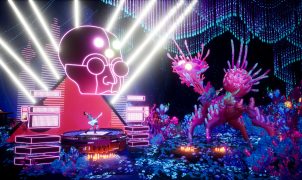