It’s time for another look at Atlus and Ace Teams’ gorgeous upcoming side-scrolling action adventure, Abyss Odyssey. This new trailer for the game, showcasing some of  the features found within Abyss Odyssey, begins with Art Director Edmundo Bordeu describing the backstory of the game, which casts players in control of one of 3 warriors as they battle their way through the dark, subterranean reaches of the abyss, which is overrun with demons born from a powerful warlock’s nightmares. These dream specters are now wreaking havoc on the world above and it’s up to our heroes, the bold Katrien, the tortured specter Ghost Monk, and the ethereal Pincoya to fight their way through a beautifully-rendered depiction of Chile in the early 1900s and the depths of the abyss below to rid the world of the demons spawned from the mighty warlock’s slumber.

Game Designers Andres and Carlos Bordeu also discuss Abyss Odyssey’s deep mechanics which put a heavy emphasis on player uniqueness and cooperation. Surviving the harsh underworld requires a diverse repertoire of skills, and Abyss Odyssey has that variety in spades. In addition to the three main characters, almost every enemy is playable. Customization is key, and by unlocking special attacks, Players can unlock and utilize up to three special attacks at a time, offering the freedom to truly customize your warriors to your play style. These powerful abilities can be further enhanced by spending the points you acquire in your adventure to augment your skills, making them even more devastating. The team also discusses the game’s meta-goal, which is achieved when enough players have defeated the game’s final boss. When Abyss Odyssey’s big bad has bitten the dust enough times, he’ll be granted a new form and moveset, upping the challenge for the entire community.

Abyss Odyssey is currently slated to be released digitally this Summer for the Xbox 360, Playstation 3, and PC. 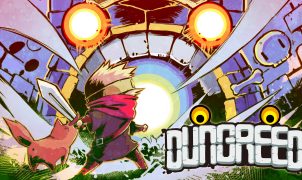 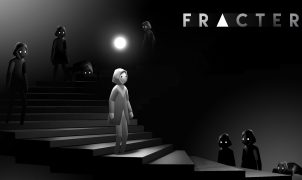 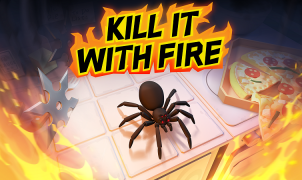 Burn, Baby, Burn Do you hate spiders? Not like dislike spiders, but loathe them with the white hot intensity of a thousand suns? Wish you could wipe them from…