The Wolf Among Us Episode 3 Releases Next Week It looks like the third chapter in Telltale’s lycanthropic adventure The Wolf Among Us will be available next week. Telltale Games has confirmed that the hotly-anticipated episode, The Wolf Among Us- Episode 3: A Crooked Mile, will be landing on PC and Mac platforms and PS3 in North America on April 8th, with the Xbox 360, Playstation 3 in Europe and iOS on April 9th.

The first two chapters of this new adventure series have started out strong, we’ll be able to find out for ourselves in a few days if the latest entry in the series will be able to keep the impressive pace set by the previous releases. Until then, check out the latest trailer for episode 3 below. Be warned though, if you haven’t wrapped up the first two chapters you might want to steer clear, there’s some pretty heavy spoiler action going on. 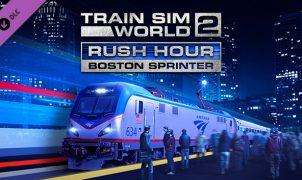