Earlier today, both Mark Zuckerberg, the founder of everyone’s favorite Myspace replacement, and the Oculus Rift VR team, announced that Facebook had purchased the Rift for a surprisingly small amount of $2 billion.

No, you read that correctly. No, it’s not April 1st. Believe me, millions of people already thought the same.

Here is what both Zuckerberg and Oculus co-founder, Palmer Luckey, have to say:

Our mission is to make the world more open and connected. For the past few years, this has mostly meant building mobile apps that help you share with the people you care about. We have a lot more to do on mobile, but at this point we feel we’re in a position where we can start focusing on what platforms will come next to enable even more useful, entertaining and personal experiences.

This is where Oculus comes in. They build virtual reality technology, like the Oculus Rift headset. When you put it on, you enter a completely immersive computer-generated environment, like a game or a movie scene or a place far away. The incredible thing about the technology is that you feel like you’re actually present in another place with other people. People who try it say it’s different from anything they’ve ever experienced in their lives.

Oculus’s mission is to enable you to experience the impossible. Their technology opens up the possibility of completely new kinds of experiences.

Immersive gaming will be the first, and Oculus already has big plans here that won’t be changing and we hope to accelerate. The Rift is highly anticipated by the gaming community, and there’s a lot of interest from developers in building for this platform. We’re going to focus on helping Oculus build out their product and develop partnerships to support more games. Oculus will continue operating independently within Facebook to achieve this.

But this is just the start. After games, we’re going to make Oculus a platform for many other experiences. Imagine enjoying a court side seat at a game, studying in a classroom of students and teachers all over the world or consulting with a doctor face-to-face — just by putting on goggles in your home.

This is really a new communication platform. By feeling truly present, you can share unbounded spaces and experiences with the people in your life. Imagine sharing not just moments with your friends online, but entire experiences and adventures.

These are just some of the potential uses. By working with developers and partners across the industry, together we can build many more. One day, we believe this kind of immersive, augmented reality will become a part of daily life for billions of people.

Virtual reality was once the dream of science fiction. But the internet was also once a dream, and so were computers and smartphones. The future is coming and we have a chance to build it together. I can’t wait to start working with the whole team at Oculus to bring this future to the world, and to unlock new worlds for all of us.

I’ve always loved games. They’re windows into worlds that let us travel somewhere fantastic. My foray into virtual reality was driven by a desire to enhance my gaming experience; to make my rig more than just a window to these worlds, to actually let me step inside them. As time went on, I realized that VR technology wasn’t just possible, it was almost ready to move into the mainstream. All it needed was the right push.

We started Oculus VR with the vision of making virtual reality affordable and accessible, to allow everyone to experience the impossible. With the help of an incredible community, we’ve received orders for over 75,000 development kits from game developers, content creators, and artists around the world.

When Facebook first approached us about partnering, I was skeptical. As I learned more about the company and its vision and spoke with Mark, the partnership not only made sense, but became the clear and obvious path to delivering virtual reality to everyone. Facebook was founded with the vision of making the world a more connected place. Virtual reality is a medium that allows us to share experiences with others in ways that were never before possible.

Facebook is run in an open way that’s aligned with Oculus’ culture. Over the last decade, Mark and Facebook have been champions of open software and hardware, pushing the envelope of innovation for the entire tech industry. As Facebook has grown, they’ve continued to invest in efforts like with the Open Compute Project, their initiative that aims to drive innovation and reduce the cost of computing infrastructure across the industry. This is a team that’s used to making bold bets on the future.

In the end, I kept coming back to a question we always ask ourselves every day at Oculus: what’s best for the future of virtual reality? Partnering with Mark and the Facebook team is a unique and powerful opportunity. The partnership accelerates our vision, allows us to execute on some of our most creative ideas and take risks that were otherwise impossible. Most importantly, it means a better Oculus Rift with fewer compromises even faster than we anticipated.

Very little changes day-to-day at Oculus, although we’ll have substantially more resources to build the right team. If you want to come work on these hard problems in computer vision, graphics, input, and audio, please apply!

This is a special moment for the gaming industry — Oculus’ somewhat unpredictable future just became crystal clear: virtual reality is coming, and it’s going to change the way we play games forever.

I’m obsessed with VR. I spend every day pushing further, and every night dreaming of where we are going. Even in my wildest dreams, I never imagined we’d come so far so fast.

I’m proud to be a member of this community — thank you all for carrying virtual reality and gaming forward and trusting in us to deliver. We won’t let you down.

The best thing that could come out of this is that Oculus gets developed faster and that we’ll see it in many homes in the future.

The worst thing that can happen is that developers cut ties with Oculus and now Facebook due to this acquisition.

There is at least one major developer who has made this decision.

We were in talks about maybe bringing a version of Minecraft to Oculus. I just cancelled that deal. Facebook creeps me out.

We will see what more this acquisition will hold for us in the future. Until then, all I have to say is… what? 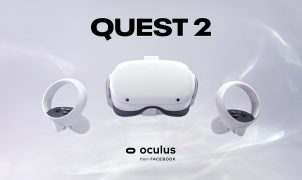