Atlus has been hard at work with Chilean studio ACE Team, and the fruits of their labor is Abyss Odyssey. This game fuses 2D adventure gameplay with fighting game-style combat. The game’s in-depth fighting engine would do nothing but overpower you if it was applied only to the playable characters, so even opponents will have a full roster of attacks at their disposal. Eventually, the game will give you the ability to possess your enemies, gaining full access to their movesets. As demonstrated with Judith above, each enemy has a distinct fighting style, just like the main playable characters. Toying with possession will be key to fully exploiting the variety of combat tactics at your disposal in Abyss Odyssey.

You may know ACE team as the creators of Rock of Ages and the Zeno Clash games. This new game has them good and excited, as well it should, and you can read more about it on their development blog. Keep an eye out for more enemies to get your twitchy little possesing fingers on soon! Abyss Odyssey will release on Xbox 360, PS3, and PC via Steam, and is rated T for Teen. 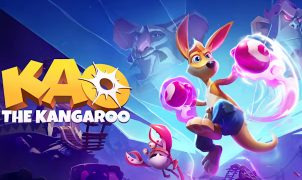