A Hat in Time: First Impressions

Last year, a small indie team known as Gears for Breakfast, released a Kickstarter for their upcoming game. They started with a goal of $30,000, even though they didn’t think they would even get close to that mark. Yet, the game skyrocketed, earning just under $300,000 in 30 short days.

That game was ‘A Hat in Time’, and it is my most anticipated game of 2014. And, to my luck, the Alpha has just been released to a select amount of people, one of them being yours truly. Read ahead to see what it’s all about!

When the Kickstarter was released, it was said it was being based around some of the team’s favorite games; Ocarina of Time, Banjo-Kazooie, and Super Mario 64. When I saw that, I gasped, because those are all some of my own favorite games. They hold a place close to my heart, because they were what I played (almost non-stop) in my childhood. So certainly, after hearing that, and seeing the wonderful graphics the game had to offer, I was hooked. 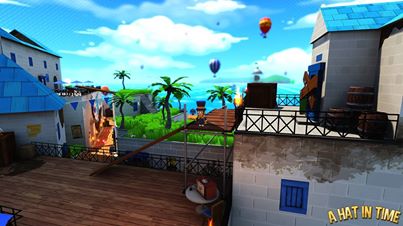 You play the role as Hat Kid, whose enemy is Mustache Girl. You start the Alpha in the first stage’s first act, Mafia Town, where you obtain your trusty umbrella. You get to hear the game’s first example of voice acting, as your supposed foe leads you to your weapon. The controls are easy to use, but the camera could use a little bit of work. You can double jump, even off of walls, just like a certain plumber While walking around Mafia Town, you get to see various members of the Mafia strolling around, beating up defenseless old men, and even rolling around on a giant piece of mutton! It’s crazy and wonky, but it fits perfectly. When you reach the first act’s end, you get to battle for the first time. Mafia members go invincible after a few whacks, but a quick stomp on the head loosens them up! When you beat them and receive your hourglass, you become… friendly with your enemy. Huh.

There is so much more to Mafia Town, which you can explore some of in a mode that has no act attached to it after completing the first act. You can race around on a firework, discover secret locations, and beat up Mafia for fun. It is very clear that there is a lot of content in the town that we don’t have access to yet, such as a secret Black Market, a secret society, a grapple hook add-on, and much more.

What really stands out in the Alpha is the Act labeled Queen Vanessa. You’re in her mansion trying not to get caught, and it’s terrifying. Especially when you see Queen Vanessa herself. She’s literally just a shadow with a glowing red eye, who creeps around looking for you. And if she catches you? BOOM. You’re made of stone. So don’t get caught. This level is a clear and perfect example of a horror type genre, while still being fun. It kept me on the edge of my seat for sure. While creeping around, you get to see a friend who you meet in a currently unplayable stage. He is a shadow/ghost, who mentions something about an on-going battle in the forest. It’ll be great to be a part of that plot once the Beta and the game releases later this year. 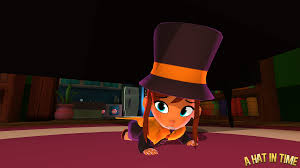 The Alpha has been beautiful so far, and Gears for Breakfast has been updating it with bug fixes and tweaks. I’ve enjoyed it immensely, and it’s everything I expected out of an Alpha and more.

If you would like to be a part of the amazing Alpha, visit the official website to pre-order the game! I can promise you it’s completely worth it!

Also… I am doing a Let’s Play of the Alpha on HeyPoorPlayer’s official YouTube channel, Hey Poor Player TV! If you’d like, check out the first episode below, and expect the rest of the series to be posted as the week goes along!

Thanks so much for reading! 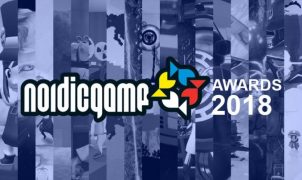