Kids at the Mall. The following review contains spoilers for The Last of Us. It does not, however, contain spoilers for this DLC. The main game was reviewed by our own Burtacamoose last year, and can be read here. I personally agree with, and endorse, the score he gave.

The Last of Us has quickly become something of a legend. Naughty Dog’s zombie apocalypse game was one of the biggest titles of last year, getting game of the year awards from dozens of websites, including being the favorite of myself and several others here at Hey Poor Player. The Last of Us combined perfectly deep combat with a narrative that was organic and human, without needed absurd complexity or crazy twists to tell one of the most emotionally evocative stories ever put into a game.

So now we come to the DLC, Left Behind. This gives us a closer look at Ellie, and a chapter of her life from before the main game begins. Does the DLC mix stealth, action and story as well as the game before it? Those are big shoes for a girl of fourteen to fill.

Left Behind has been promoted as something of a prologue chapter, giving us a very welcome window into Ellie’s recent past in the time leading up to the story of the main game. However, the DLC opens right in the middle of the game, during the end of Fall. Players familiar with the game will know that this part ends with Joel being badly injured, leading to Ellie caring for him throughout Winter. As the cold sets in, Ellie hides Joel somewhere safe before going off to find medical supplies in a snow-dusted mall near where Joel suffered his injury, thus setting the stage for one half of the story.

On the flip, we switch to Ellie a few weeks before the events of the game, living at a boarding school controlled by the government. Visited by her friend Riley, a rebellious girl who left six weeks prior, Ellie is roped into a journey to an old, abandoned mall near the school, with a girl she is both happy to see alive and secretly somewhat angry at. The two bounce off of each other and develop, creating a character driven second half to the story. Ellie and Riley are BFFs. Nothing can stop BFFs.

The division works like this. “Survivor” Ellie is on her own, working with a pistol, knife, and whatever else you find along the way. You hunt through sections of the mall for the medical equipment you need, taking down zombies and clickers along the way. Ellie plays just the same as in the main game, small and fast with a knife. You’ll collect a bow later on, just as human enemies enter the picture. The game manages to throw in a good mix of opponents in a small package. Stealth, combat, and scavenging are the name of the game here.

Ellie and Riley, however, bring a side that feels much more like an interactive narrative. Walking with Riley and exchanging dialogue gives us a new side of Ellie. In The Last of Us, the young protagonist was seen largely through Joel’s eyes. Even when we got to play as her, she was driven by the purpose of keeping herself, and Joel, alive. Such is not the case here. Ellie and Riley may live in a horrible world, and may have said and done some bad things to each other, but they’re still just a couple of kids, and their friendship rekindles quickly and organically. The two make the mall their playground, exploring the abandoned shops like they own the place. They’re kids being kids, finding happiness amidst wreckage. It solidifies the fact that these characters were born years into the infections and death that define their world. To them it may be bleak, but it’s also par for the course. Out of this comes the beauty that is the story of Left Behind. Contrasting Ellie’s hardened warrior determination to save Joel with her having fun with a friend, simply being a kid, shows us a much more complete picture of Ellie as a character; as a person, even. Ellie talks about Riley at the end of The Last of Us, and in seeing who her friend was, we finally learn just what the two of them meant to each other. We understand it all too well.

Gameplay is one half smooth stealth and action, one half…really cute. “Survivor” Ellie has to take on zombies and humans alike, and these combat segments are very well-timed to break up the long story-driven segments of the game, including battles with both human and infected foes all at once. Your gun options are more limited than in The Last of Us, but you won’t find yourself needing more than what’s given until near the end, at which point you’ll conveniently be able to pick up some heavier firearms so long as you know where to look. Just enough crafting materials are available to make a few bombs, health kits, or whatever your heart desires to help you through. “Innocent” Ellie is a lot lighter on conventional gameplay. Here, your “combat” is getting into a series of escalating water gun fights, or seeing who can break the most car windows faster. There’s a really beautiful moment where you take control of Ellie’s hands as she controls a fighting game in an old, dusty arcade, watching her face as the battle plays out. *Pat Benatar’s “I Am the Warrior” blasting in the background*

The duality of gameplay between the two Ellies is significant because of how it shows us Ellie’s progression. Before this, we only knew Ellie from the point where Joel met her. She had a progression within that scope, and a fantastic one at that, but now we get more context on where she’s coming from. Throughout the Winter portion of The Last of Us, Ellie winds up having to fight for her own life more than for Joel’s. We know that she has been fighting for him, but we don’t really “play it”, per se. In Left Behind, we play as Ellie in the midst of caring for Joel, making sure he lives. Ellie is a fierce, strong guardian. In “innocent” Ellie’s story, however, we engage in gameplay that captures the childlike innocence see what she used to be like, and the story shows how she began on the road that will eventually lead her to becoming the survivor. Left Behind takes our preconception of Ellie and fleshes it out in both directions, and does so marvelously. All of this is helped along by fantastic dialogue between Ellie and Riley, making you really feel for the pair until the bitter end.

If there’s one glaring flaw in Left Behind, it’s the length. $15 on the PSN is a lot for an extra chapter that I completed in barely over two hours. There are some hidden collectibles and dialogues to be found, but there just isn’t quite enough meat to the game to make it feel worth the price point. It doesn’t feel padded, as I’m sure some would condemn the “survivor” Ellie portions as, but I disagree. In the eye of this reviewer, it’s a perfect narrative with a perfect length, and just shouldn’t have cost as much as it does. It’s a great addition to the story of The Last of Us, but if you’re tight on cash, it would be advisable to wait for a sale. But really, isn’t it worth it if you get to raid a halloween costume store?

In the end, we all leave something behind. You leave behind people you love, things that matter, and sometimes, those most dear to you. Left Behind abandons as heavy an emphasis on combat in favor of a variety purposed for the sake of narrative. It’s experimental, but pulls it off well. Those looking for stealth kills and tactical gunfights all the way through may be disappointed, but those who simply want more of the experience of The Last of Us are in for a treat that adds a whole new layer of dimension to Ellie’s character. As good as it is, it is very short, and is light enough on the content that not everyone will find it worth the price point. But as light on combat and heavy on price as it is, Left Behind is still just as evocative, and most importantly, just as human, as The Last of Us. Left Behind gets four and a half firefly pendants out of five. 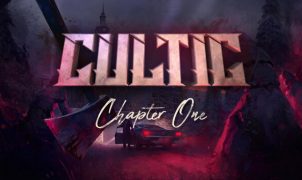 Far more than just a worthy spiritual successor to Blood, Cultic is a descent into pure madness that you won’t want to miss.