The Farm 51 Announces Next-Gen FPS: Get Even The Farm 51, the developers behind lat year’s PC and Xbox 360 shooter Deadfall Adventures are poised to lock and load again with their newly-announced FPS, Get Even. Set to be released digitally for next-gen platforms and PC in 2015, Get Even attempts to blur the line established between traditional single and multiplayer gameplay, where other players can join the main storyline as enemies, blurring the lines between conventional single-player gameplay. With a story focused on two main protagonists whose storylines overlap to create a gripping narrative tinged with tense action and horror elements, Get Even seems to have plenty going for it when it releases next year.

Wojtek Pazdur, CEO of The Farm 51, says: “As an independent developer, it would be foolish to go head-to-head with the larger companies and create a ‘me-too’ knock-off, and frankly we wouldn’t be interested in doing it. We believe that there is still a ton of content and design creativity that has yet to be explored in the first-person genre, as well as an audience beyond the warfare player – those are the people we are going for with Get Even.”

To further immerse players in the game, Get Even utilizes a unique 3D scanning technology to render photo-realistic visuals along with an advanced lighting engine to create a believable and visually stunning environment for the player to explore.

We’ll see if The Farm 51 can live up to their lofty goals when the game is released next year. Until then, stay tuned to HeyPoorPlayer for more news on this exciting new shooter as it becomes available.

What do you think of the look of Get Even so far? Let us know in the comments below. 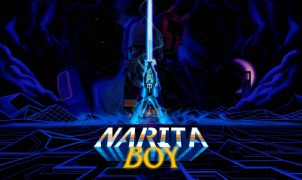 Yo, Narita Boy, why is your techno sword so big? Salt and pepper. Unicorns and glitter. Synthwave and pixel art. What can I say? Some things are just better…