Big Brother is watching you in République République, developer Camouflaj’s debut Kickstarter-backed stealth game is now available on the iTunes App Store.  This sneaking mission set in a dystopian world where the state has absolute control over the hearts and minds of their sterile, austere society was developed by some of the key talent responsible for such highly-acclaimed games as F.E.A.R., Halo 4, and Metal Gear Solid 4. Designed specifically with Apple’s iOS in mind, the game brings stunning production values to the iPhone, iPad and iPod touch platforms.

“We’ve spent the past two years crafting stealth action that doesn’t require 17 buttons, or even a controller,” said Ryan Payton, designer at Camouflaj. “Using our smart AI and logic-based input systems, République’s ‘one touch’ input method is something we’re incredibly proud of, and we can’t wait to share it with the world.”

The first chapter of this episodic adventure titled, “Exordium,” is priced at $4.99 and gives players a taste of what to expect from this technology-driven stealth title. Players take control of the République’s advanced security system known as Omni to assist a young girl named Hope from escaping the oppressive regime’s clutches lead by the totalitarian and all-seeing Overseer. As Hope’s protector, players will hack into camera networks to scout for guards, scan for passwords, and even use the facility’s security system’s to incapacitate guards as Hope sneaks her way throughout the game’s sterile corridors.

Clocking in at five chapters, and roughly 10-15 hours of stealth-centered gameplay, Camouflaj plans to release the game’s subsequent chapters every two to three months.

Those who backed the game during its Kickstarter campaign will be getting the entire game for their $10 pledge. “Even though the full experience will be $19.99/$24.99 retail, backers get all episodes for their base $10 pledge, plus a lot of other goodies for believing in us from the very beginning.” Camouflaj wrote on an update to their Kickstarter page.

Stay tuned to HeyPoorPlayer for more news on this innovative iOS adventure, along with our upcoming review of Republique. 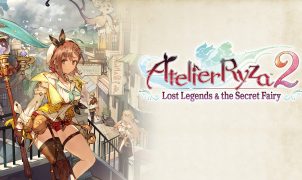 Quite the Swell Sequel     Let’s start out this review with a relatable situation. Have you ever been carefully working at trying to synthesize a better version of…