Still haven’t picked up Gone Home? Well, starting today you can save 75% on The Fullbright Company’s critically acclaimed indie exploration game. The Humble Store will be offering the game for $4.99 as part of their Humble Store Winter Sale, allowing you to net this atmospheric adventure on the cheap. Act fast though, as it’ll only be available at the special discounted price for eight hours after the sale begins at 11:00 a.m. Pacific time.

Gone Home received critical acclaim for its engrossing story when the game was released back in August. It’s unlikely you’ll be able to find this gem for a better price anytime soon, so act fast to add this modern classic to your collection for a song.

In addition to Gone Home, The Humble Store Winter Sale is also offering Red Faction Collection, Awesomenauts, Legend of Grimrock, Shadow Warrior and and many other titles for up to 80% off. Stop by and take advantage of this killer deals and remember, 10% of all purchases from the Humble Store will go to vital causes like American Red Cross, Child’s Play, Electronic Frontier Foundation, World Land Trust and charity:water. 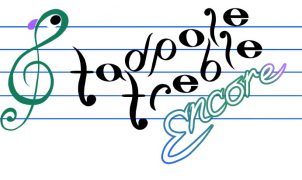 The Game We Need, But Don’t Deserve How is it possible that I’d never heard of Tadpole Treble before? As a lifelong band geek, this game absolutely should have…