Aah, Shining Force. Few games hit me with such a forceful wave of nostalgia as Sega’s sublime 16-bit strategy RPG series.  From the duo of stellar Genesis gems to the Sega CD and Game Gear entries to the series to the outstanding Sega Saturn trilogy, the Shining Force series has long stood as an immense labor of love for the Japanese developer, with a stable of titles that, in my opinion, rival the Super Nintendo’s finest role playing games. While many would say the venerated franchise has lost its way since the Playstation 2’s middling hack-and-slash Shining Force Neo, indie developer unFun Games hopes to appeal to fans of the legendary series with Shining Force Online, set to launch this Thursday alongside their new free gaming site, arcadecounty.com.

Shining Force Online is a new, massively multiplayer take on the series that was inspired by a message board post the game’s lead developer R. Mulvany stumbled across 8 months ago.

“I wasn’t sure what I wanted to do next”, says Mulvany. “I thought about doing a remake. I heard about the Sonic 2 fan remake  being shut down and that was a shame – it looked fantastic. I was googling about and found a Shining Force fansite where –  years ago, they tried to make a Shining Force MMO. This wasn’t the only attempt. Searching, I found 6 other tries that also  never happened. Maybe it was cursed, I don’t know, but I wanted to take a crack at it.”

Shining Force Online is just one of the launch games set to debut alongside Arcade County. unFun Games has a slew of content and services they plan to implement into the site. “We’ve got a wide variety of unique stuff on arcadecounty.com. Retro Band is the sequel to the Mario Paint Composer software I  wrote almost a decade ago. There are millions of youtube hits. I wish I could get that kind of traffic to my own site! Retro  Band is great. We’ve got all the Mario Paint stuff, but we’ve got an NES, Super NES, and modern orchestra soundset – and you  can upload your songs straight to the site. I can’t wait to see what people come up with. Then we’ve got Name the Song, Movie  Score, and the Arcade County Game Builder is making a huge comeback next spring. Much like Retro Band, you’ll be able to upload  to the web, but this is for retro games. All of this is free too, so that’s certainly a plus.”

Look for Shining Force Online to crash your Thanksgiving dinner on Thurday, November 28th. The game will be in beta form, however, but it will offer a solid chunk of content with over 100 maps to wage battle on and a good number of quests to undertake. The developer warns that the game could experience a rocky start, and a server wipe isn’t out of the question if exploits are discovered.

It’s easy to discount Shining Force Online due to its MMO premise, but the team promises the game keeps a narrative focus, with plenty of incentive to keep you battling through the game’s main quest.

“This is a very story-driven game. You will play through a story complete with cutscenes, character that die, and twists along  the way. We won’t have the entire game ready at launch. We’ll be in beta for a few months. The way the engine works – we’ll  open up new worlds and content literally on a daily basis. Even if you don’t patch, it doesn’t mean we didn’t add tons of  content while you were away.”

While this may not be the grand resurrection of the series many Shining Force stalwarts are hoping for, we’re eager to see what this fan-made labor of love has to offer. Do you plan on giving the game a shot? Let us know in the comments below. 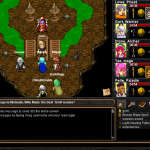 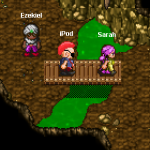 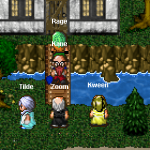 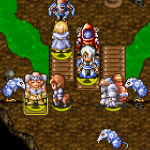