Today, Valve announced SteamOS, an operating system based entirely around Steam. It will be a combination of what Steam is today and Linux. The Steam operating system is designed for living areas, and to be used similarly to a gaming console.

The idea seems to spring from their idea of bringing Steam to the living room, as we’ve seen with the rumors of a Steam Box. Valve came to the conclusion that a Steam based operating system would be the absolute best way to do this.

“At the core of SteamOS is everything you already love about Steam.” This is a quote from Valve themselves stated on their official SteamOS page. With SteamOS, they have promised that hundreds of games are already running on it, and even more titles including the biggest releases will arrive natively as well.

There are Four new Steam features being focused on in SteamOS; In-home steaming, Music, TV, and Movies, Family Sharing, and Family Options. Because SteamOS is supposed to be for the living room, they want to make sure it belongs. With things like Family Options and Sharing, we can easily share our Steam games, or even separate titles into different family-like profiles. It’ll be interesting to see how Valve brings Music, TV and Movies to the operating system.

SteamOS will be available soon as a free download for users and as a freely licensable operating system for manufacturers. In the upcoming days, we will see even more information about the SteamOS. This was the first of three scheduled Valve announcements this week, and we’re sure to see even more about Valve’s plans to bring Steam to the living room. 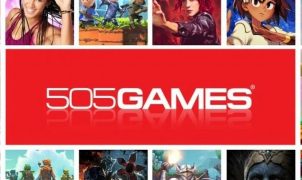