When you think old-school, retro brawlers, what comes immediately to mind? Streets of Rage? Sure. Double Dragon? I should certainly hope so. That one X-men arcade game you used to always play at the bowling alley when your dad took you bowling, ignoring the possibility of bonding with your dear father in favor of trying to beat Juggernaut just one more time? Yes. That got a little dark, but yes. But among all these games, I should certainly hope you would not forget the one and only River City Ransom. A game that I, as a younger gamer, heard revered as a classic for years before finding an opportunity to sit down with it myself, River City Ransom is often cited as not just one of the best NES games of all time, but one of the most influential as well. A sequel or re-imagining has been called for for years and years, and now such a thing is finally in the works.

River City Ransom: Underground has a lot to live up to. Alex and Ryan are back 25 years after taking down Slick, an 8-bit baddie with an armada-level gang of students and ne’er-do-wells. The two heroes have had a bit of a makeover in their aging, but are no less ready than ever to bring their muscle into the streets. River City was once home to the most violent schools in the country, but in the years since teh first game the city has reached a relative peace. Al;ex and Ryan own and operate an auto body shop called A&R Auto, and the residents of River City are simply enjoying life until Slick returns. Suddenly Alex and Ryan find themselves framed for a crime they didn’t commit, and so they and a cast of brand-new characters must set off to take Slick down once again.

Conatus Creative is a group centered in Ottawa, Canada, but with some members in the US as well. You can read full bios of the entire team on the Kickstarter page, to get an idea of who these gentlemen are and what they personally want to put into this project. The team needs a grand total of $180,000 Canadian, which I believe translates to roughly 2,486 moose heads. My math might be off. Rewards include packs of multiple digital copies of the game, the game’s soundtrack both as a soundtrack and as an in-game weapon, a special comic book, a ton of weapon skins, and your name used for an in-game gang member. The only current stretch goal is a port of the game to PS4 and Vita, but the team has made it very clear that more goals are a definite possibility. Check out the Kickstarter page, and follow news regarding the project on the game’s official website, Twitter, and Facebook. Get ready for a true disasterpeace of an experience.

[author] [author_image timthumb=’on’]http://www.heypoorplayer.com/wp-content/uploads/2012/07/011.jpg[/author_image] [author_info]Jay is a pretty cool dude who doesn’t afraid of anything. Jay started writing at HeyPoorPlayer in the summer of 2012, but has always been a writer, be it in the form of articles and reviews here at HPP or in that of fiction written over at PkMnCast.com. Jay has been a gamer from a young age, first finding his legs on a GBA and a copy of Pokemon Sapphire. He enjoys a game with a strong narrative and art design, but also appreciates the retro stuff from before his time. Jay also has a passion for comics, movies and anime. Favorite games: Okami, Bioshock, Shadow of the Colossus, TheWorld Ends With You[/author_info] [/author] 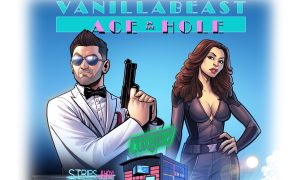