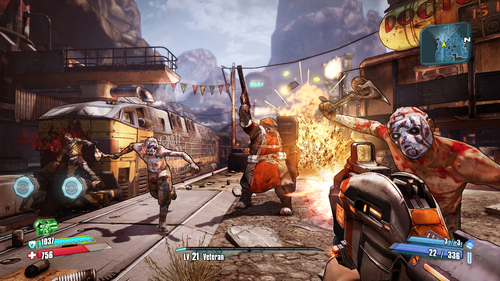 In addition to the Raid On Digistruct Peak challenge map, the upgrade pack also boosts the game’s level cap to 72 when combined with the first Vault Hunter Upgrade Pack, features a slew of new Legendary ranked class mods and Pearlescent-grade weapons to satisfy the sweet tooth of any loot-obsessed gunslinger on Pandora. Players will also be able to unlock new powerful enemies to drop the super-rare loot, and gain a skill point for every level, allowing for a total of 11 more skill points to customize their vault hunter’s abilities.