Lend Me Your Ears- The Audio of Total War: Rome II

The latest development diary for Sega and developer Creative Assembly’s epic Total War: Rome II focuses on team’s attention to crafting an aural masterpiece with their latest entry in the long running series.

Today Sega announced that Mark Strong, known for playing the gravelly-voiced nemesis to Sherlock Holmes, Lord Blackwood, will be using his commanding powers of oration for his role as the power-hungry Roman General Silanus in the game’s opening chapters. In addition to Mr. Strong’s impressive talents, the team at Creative Assembly has also recruited the talent of the Slovak National Symphony, performing pieces conducted by Jeff Atmajian, the man behind the baton of such films as The Dark Knight and I Am Legend.

The latest video documentary of Total War: Rome II also offers us a glimpse to the extreme lengths the sound effects team at Creative Assembly goes to towards making sure the sounds of the game’s melee are authentic as possible.

Total War: Rome 2 will be available for PC worldwide on September 3rd. 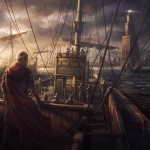 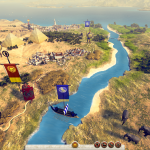 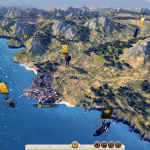 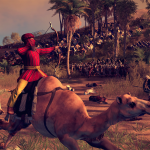 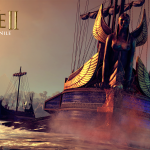 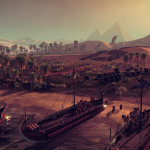 Do Witchers dream of electric sheep?   Spiders Studio has had a bumpy track record in recent years. While games like the Souls-inspired Bound by Flame and 2013’s Mars: War Logs…