Deus Ex: The Fall Falls Onto iOS This Thursday Deus Ex: The Fall, Square Enix’s mobile take on the critically acclaimed cyberpunk adventure series, is making is ready to take the series’ signature cybernetic brand of gameplay to the mobile platform for this first time. Releasing Thursday, July 11th, Deus Ex: The Fall snagged seven “Best Mobile/iOS Game” awards at E3, and now fans will finally be able to decide for themselves if the game’s high production values can live up to Square’s promise of bringing a console-quality Deus Ex title to the realm of mobile gaming.

Deus Ex: The Fall will retail for $6.99 on the Apple App Store and is compatible with iPad 2 and above, iPhone 4S and above, and iPod Touch 5 and above.

Do you plan on picking up The Fall? What do you think of Square’s move to bring this sequel to mobiles rather than giving the game a console release? Let us know in the comments below! 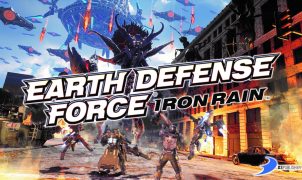 The EDF gets a major overhaul     I feel like I’m having a little bit of déjà vu here, but this will be the third Earth Defense Force…