Dungeons & Dragons: Chronicles of Mystara Hacks and Slashes Onto Steam, XBLA and PSN

Dungeon Masters as well as fans of classic beat ’em ups have reason to rejoice today. Dungeons & Dragons: Chronicles of Mystara is now available on Steam, Xbox Live Arcade and Playstation Network. This collection of Capcom’s popular fantasy brawlers Dungeons & Dragons: Tower of Doom and its sequel, Dugeons & Dragons: Shadow Over Mystara features all the classic hack and slash goodness of the original titles, along with several new features to spice up the experience. Chronicles of Mystara marks the first time Western gamers get to enjoy these classic brawlers outside of the arcade.

Those who missed out on the golden days of arcade gaming may be asking what’s so special about these long lost classics. Capcom’s Dungeons & Dragons releases offer the white knuckle beat ’em up gameplay Capcom is known for but adds the addition of gaining levels and experience, along with the ability to collect and store loot and enchanted items in your adventurer’s pack for use in tougher encounters. Most exciting though is the ability to choose your path through the republic of Darokin, adding a choose your own adventure book flavor that brings loads of replay value to the games.

Packing more content than you can shake a 20-sided die at, Dungeons & Dragons: Chronicles of Mystara also features an enhanced HD makeover, along with GGPO enabled drop-in/drop-out cooperative play for up to four players, making this a beat ’em up quest of truly epic proportions.

You can download the game now on XBLA for 1200 Microsoft Points, or on PSN and Steam for 14.99. While not available yet, look for Dungeons & Dragons: Chronicles of Mystara on the Nintendo eShop soon.

Do you plan on picking up Chronicles of Mystara? What other forgotten classic arcade beat ’em ups would you like to see released on consoles? We’d love to hear your thoughts so let us know in the comments below. 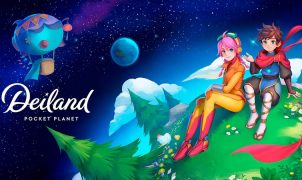