Today DICE and Electronic Arts escalated the conflict for first person shooter supremacy by firing off a punishing barrage of new screenshots of Battlefield 4. The new screenshots showcase the painstakingly detailed character models and environments featured in the game, powered by DICE’s proprietary Frostbite™ 3 Engine. The game, originally slated for a Xbox 360 and Playstation 3 release, was recently announced to be also making its way to the Playstation 4 and Xbox One platforms this Winter.

Speaking of the Xbox One and Playstation 4, developer DICE hopes to redefine the console-based multiplayer experience with the next-gen release of Battlefield 4. Battles on Microsoft and Sony’s next-gen hardware will support up to 64 players and run at a blistering 60 frames per second. In addition to the neg-gen enhancements, Battlefield 4 also features a new mode dubbed ‘Commander Mode’. This mode gives two players a birds-eye view of the conflict as they use intelligence to send game-changing bonuses to their armies and hope determine the best strategy to overcome the opposing force. Another exciting addition to the Battlefield 4 soup is called ‘Levolution’. Levolution dynamically effects the environments adding even more strategy to the multiplayer conflicts. Cutting the power to a building to blind your opponents or laying waste to a skyscraper to dramatically alter the battlefield are all possibilities in the latest installment of the long-running shooter franchise. 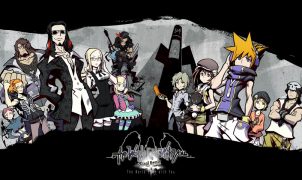 The World Ends With You: Final Remix Review (Switch)

I’m Getting Played by You, Déjà Vu     The World Ends With You is one of those games that I’m hopelessly addicted to. I don’t care how many…