Its E3 time guys, and that means that Nintendo is back with more news for its Wii U and 3DS systems. This year, instead of having a giant conference like its competitors, they settled with doing an online Nintendo Direct to deliver the bigger news. Of course, not all the news was shown in the Nintendo Direct, but there is still quite a bit to cover! So, lets-ago!

This direct was hosted by Mr. Iwata, and after some talk about E3, he had us take a look at Pokémon X & Y!

The trailer started off with showing us the legendaries Xerneas and Yveltal. The game is looking great with its visuals and amazing new world, all for us to explore. After some battle screens, we take a look at two new Pokémon, Vivillon and Noivern. Also, for the first time since Gen II, a new type was introduced! The Fairy type, which is super-effective against Dragon type, is now the typing for both old and new Pokémon, such as JIgglypuff and Sylveon.

Features not talked about during the direct but have been confirmed is Streetpass and Spotpass functionality. We will see more information tonight, which our own Jay Petrequin will be covering.

Next, we took a look at the newest 3D Mario game coming for the Wii U. It looks a lot like Super Mario 3D Land for the 3DS, but don’t worry guys, it’s a brand new game. The visuals look stunning and great in HD. Suddenly, Mario hit a block and a bell popped out. Oh boy, a new power-up! What new power-up could it be? It’s… IT’S A CAT!

That’s right guys, the new power-up involves donning a cat suit, which allows you to run on all fours, run up walls, and hopefully meow. It seems that using the touch-screen will allow you to uncover hidden coins and blocks, and mess with enemies. A new for a 3D Mario, you can not only play as Mario and Luigi, but as Princess Peach and Toad, ala SMB2. Each character has a unique ability, such as Peach’s ability to float momentarily.

Also a new to a 3D Mario, the game can be played with four people, which is pretty exciting.

Super Mario 3D World is coming to a Wii U near you this December!

The newest installment in the Mario Kart series is the cleverly named Mario Kart 8. The game brings back bicycles from Mario Kart Wii, along with the gliding and swimming abilities seen in Mario Kart 7. Also, new to the game, is something entirely awesome; anti-gravity. The new anti-gravity ability allows the players to go sideways up slopes and even upside-down, which I can honestly seeing getting a bit dizzy.

Iwata promises that Mario Kart 8 will have an incredible collection of online capabilities that the series hasn’t seen before.

The newest game in the Wii Party series will feature not only board games, but many mini-games that utilize the Wii U gamepad and Wii controllers. The mini-game count is over 80. Iwata announced that it would be delayed until later this year to add more features.

Wii Fit U will also be experiencing a delay to add more things to the game.

Nintendo was very surprised with all of the artwork that has appeared in the Miiverse since its creation. So, in order to give people more of an artistic drawing tool, they have created Art Academy to allow people to draw what they will, and post them to the Miiverse.

This application will be available this summer.

Because Nintendo DOES have connections with Third-Party developers, we were shown some of third-party games coming to the Wii U this year:

As a developer himself, Iwata finds himself constantly surprised by the content that appeared on the Nintendo eShop, and promises to continue support of small-time developers. Here are some indie games coming to the eShop:

The Legend of Zelda: The Wind Waker HD

Time to talk about Wind Waker HD! We were shown a stunning trailer, that showed off the game’s beautiful new visuals and a cool new boat mechanic, where the Wind Waker, Crane, and bombs are all on quick select when you’re in the boat. It also seems like you can press A to make the King of Red Lions to go faster in the water.

The game is shown in full 1080p, with new shaders to improve expression and refine textures.

To take a moment to talk about the Tingle Tuner, Iwata explains how the Wii U cannot connect with the Gameboy Advance (for obvious reasons), so the Tingle Tuner has been redone. So instead, we will receive the Tingle Bottle, which allows you to write posts on the Miiverse, throw them out the ocean, and they will wash up in other player’s games. You can even attach in-game pictures taken with the camera.

What I’m concerned about is how we’re supposed to get Tingle’s brother without the Tingle Tuner!

The Legend of Zelda: The Wind Waker HD will wash ashore this October.

As seen before, this game features 100 heroes who battle against the space invading aliens who have started to attack Earth. The heroes use an ability called Unite Mode to form giant weapons by uniting themselves. You can purchase various skills and moves using a type of currency found throughout the game.

The game will also feature a five-player multiplayer where each player leads their own group of heroes and work together.

Expect to hear more about The Wonderful 101 from us at HeyPoorPlayer when it launches September 15th.

The new game from Retro is Donkey Kong! DK is back in an all new side-scrolling adventure and Diddy Kong along with Dixie Kong return as well. In this new adventure, Donkey Kong Island has been overrun by Vikings from the North Sea, and DK must save the island from the crazy new foes. Depending on the stage, the screen will rotate dynamically to show you the game from different angles. The game will offer two-player multiplayer like previous installments.

A brand new trailer was shown for Bayonetta 2, the exciting sequel featuring the stylish female hero. It starts off showing a woman dressed in complete white, holding two giant golden swords and a quick shot of Rodin. After she destroys some crap, Bayonetta, who has donned a brand new suit and very short hair. Some action pursues, showing off some of Bayonetta’s new powers.

Actual gameplay was shown, and it looks amazing. Bayonetta powers are new and improved.

More information about her and her abilities will be shown as E3 goes on.

Bayonetta 2 will come guns a blazing next year.

A brand new trailer from Monolith Studio’s newest game, which is unnamed at this point, was shown. Not much information was given, however, just some cinematic videos and a little gameplay.

We’ll find out more information as time goes by.

Finally, the game I was most excited to see, was shown!

It starts off with a view of Animal Crossing town, with a villager coming out of his house to a new letter. He runs off, and the paper flies down past Tom Nook, showing the Super Smash Bros. Symbol. THEN, MARIO, ZELDA, METROID, KIRBY, STARFOX, KID ICARUS, DONKEY KONG, POKEMON! BAM! It then shows Mario being drawn cel-shaded, then him with other fighters flying into the top screen of a 3DS! Finally, a portable Super Smash Bros! It shows stages from Spirit Tracks, Fire Emblem: Awakening, even Nintendogs!

Then, Mario jumps up and turns HD! The visuals on both the 3DS (which is cel-shaded) and the Wii U version look beautiful. As the Wii U part of the trailer continues, we get to see a newcomer; the Villager from earlier! He has the eyes of a stone-cold killer. His moveset is pretty expansive, with absorbing moves and cutting down an Animal Crossing tree!

But wait! A newcomer approaches! And guess who it is.

Megaman features several moves from the foes he has fought in the past, such as Metal Man and Crash Man. His moveset seems pretty large for just one character, so I’m sure we’ll see more about that in the future.

Super Smash Bros. for Wii U/3DS will release NEXT YEAR!!!!

What were you most excited to hear about from this Nintendo Direct? Leave a comment below! 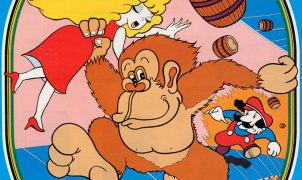 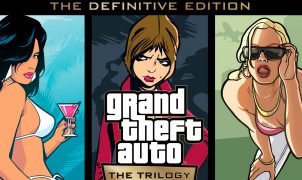