Leaked scans have come up from CoroCoro, Japan’s resident Pokemon magazine. These scans show off four new Pokemon to be included in Pokemon X and Y, as well as the new customization features available to your trainer sprite in the game. A small map of the region of the new games can bee seen. It is confirmed to be called the Karos region and is based off France. We also have more detailed looks at the trainers, pokedex, and a first peek at the boxart.

The information on the new Pokemon is as follows:

-The panda’s Japanese name is Yancham. It is fighting-type, and classified as “the naughty Pokemon”. It has a new move called Parting Remark, which lowers the opponents stats and forces them to switch Pokemon.

-The goat’s Japanese name is Gogoat. It is grass-type, and classified as “the riding Pokemon”. You can actually ride this Pokemon around, possibly in place of the bicycle in the new game.

-The robin is called Yayakoma. It is normal/flying-type, serving as the generic Pidgey of X and Y, and is classified as “the Japanese robin Pokemon”. Despite its bland typing, it can learn some fire-type moves.

-The yellow lizard is called Elikiteru. It is uniquely types as normal/electric, and is classified as “the generation Pokemon”. It has a new move called Parabola Charge, which drains the opponents energy similar to absorb, mega drain, or giga drain.

Check out the gallery below. Which is your favorite of the new Pokemon? (mine is the panda. Just look at that little dude!) Which version will you be getting? Let us know in the comments below! 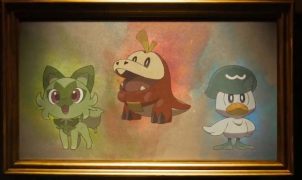 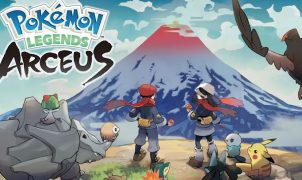