As of today LucasArts, the legendary developer best known for bringing the point-and-click genre to prominence in the late 80’s and early 90’s with their proprietary SCUMM engine, along with countless Star Wars titles, has been shuttered. Parent company Disney has decided to close up shop, laying off over 150 employees and indefinitely cancelling the studio’s current projects. As it stands, LucasArts is no more. While it’s undeniably sad to see the company join the ranks of THQ, Psygnosis, and the countless other veteran studios who have been dissolved in the past year, we can take comfort in knowing that the company has left us with quite a few classics under their belt. In their 31 year run, LucasArts has created many iconic franchises which we will remember fondly.

That said, join us as we take a look back at some of our favorite LucasArts titles.

Zombies Ate My Neighbors is a game that instantly caught my attention the first time I stumbled across an ad for it in an old issue of GamePro. As a huge fan of cheesy horror movies, this “B” movie inspired romp through a ghoul-infested suburbia quickly won me over with its ghastly charm and devilish sense of humor. Saving your colorful cast of neighborhood wackos from gangs of marauding chainsaw wielding psychos and Child’s Play inspired cabbage patch dolls was a joy thanks to the game’s smooth controls, creative weaponry, and music more infectious than a zombifying toxin. ZAMN is a true classic, and one of the finest examples of 16-bit cooperative gaming around.

It’s just a shame the game’s pseudo-sequel, Ghoul Patrol, was such a dud.

I’ll never forget my first time experiencing Ron Gilbert and Tim Shaefer’s classic swashbuckling adventure, The Secret of Monkey Island. It was around 1991 and my best friend had recently got his first PC, an old Tandy desktop, and along with it, he got The Secret of Monkey Island. Instantly we were blown away by the cartoony visuals and razor-sharp wit of the game’s writing. To this day Guybrush Threepwood’s original adventure retains a sense of adventure and brilliant humor that many game’s today struggle to achieve. From the insult-based sword fighting to the cleverly designed puzzles, The Secret of Monkey Island is one of the finest point and click adventures ever crafted, and is still referenced as the benchmark by which comedic writing in games judged.

Maniac Mansion has the distinction of being the first game to use LucasArts’ propriety point-and-click format, the SCUMM engine, the engine used to power all of the company’s point-and-click adventure game’s up to the 1998 classic, Grim Fandango. Maniac Mansion also broke new ground being the first game of its kind that allowed players to choose from a handful of characters with different talents to complete the adventure in a variety of ways. From using the class nerd, Bernard, to fix complex gadgets to solve puzzles, or using the group’s budding author to clean up a potential ally with militaristic ambitions manifesto. There are countless ways to overcome the game’s numerous puzzles, and with the game’s clever writing and imaginative characters, you’ll want to experiment with every possible scenario in your quest to rescue your girlfriend from the clutches of mad Dr. Fred and his nefarious master, the evil meteor.

While LucasArts will most fondly be remembered for it’s impressive stable of PC adventure titles and games slathered with a liberal helping of space-faring derring-do,  Herc’s Adventure’s is an exceptional top-down action-adventure game with a mythological twist. Players choose between the legendary hero Hercules, Jason, a fiesty argonaut, and eagle-eyed Atlanta, a skilled archer as they explore a cartoony depiction of ancient Greece, laying waste to the vile armies of Hades (who is actually an evil Martian robot), on their quest to save the goddess Persephone. This lighthearted adventure is, much like Zombies Ate My Neighbors, at its best when played with a friend. LucasArts’ signature blend of humor and clever gameplay mechanics make this Odyssey a quest well worth taking.

Undead travel agent Manuel “Manny” Calavera’s adventure signaled a turning point for LucasArts, and adventure gaming as a whole. The Casablanca-esque noir story was the first adventure game in LucasArt’s stable to abandon the tried-and-true SCUMM engine in favor of 3D models overlayed on static, pre-rendered backgrounds. While the game was visually appealing and a critical success, Grim Fandango performed so poorly at retail that it lead to LucasArt’s shuttering their adventure game studio, essentially turning the developer into essentially little more than “that Star Wars developer”, effectively closing a beloved era of PC gaming.

Day of the Tentacle (PC)

This time-spanning sequel to Maniac Mansion pretty much does everything a sequel should. Day of the Tentacle builds upon the memorable cast and mechanics of the original Maniac Mansion while giving the game a tremendous visual overhaul, with stylishly drawn environments and unforgettable character sprites that look great even today despite the limitations of the ancient PC hardware. Day of the Tentacle also features tons of spoken dialog, allowing the hilariously 0ff-kilter character’s personalities to shine. It’s a shame this gem never got an HD re-release like Monkey Island 1 and 2 did, because this title is begging to be brought to a younger generation of gamers.

While the original Dark Forces may have the honor of being the first game to put players behind the virtual blaster of a mercenary battling against the Empire in a first person perspective, its sequel, Jedi Knight, upped the ante allowing players to control one of the galaxy’s most fearsome paragons of justice, the eponymous Jedi Knight. While running through the corridors of imperial facilities, laying waste to nameless storm troopers with a variety of laser-spewing weapons is always a treat, SWJK:DF2 added the ability to use myriad force powers to crush the evil forces of the Sith and the Galactic Empire. Few experiences are quite as satisfying as turning imperial guards to chop suey with your trusty lightsaber. Add to this the very impressive (for its time) cinematics added a healthy dose of immersion, bringing an impressive cinematic flare to the single player campaign.

LucasArts could have simply called it a day with all of these impressive additions, but thankfully they didn’t. In addition to the single player campaign’s hefty package, the game included an impressive eight-player deathmatch mode, powered by MSN Gaming Zone, creating countless hours of fast and frenetic battles pitting the noble Jedi Knight’s against the menacing Sith.

These are just a handful of the incredible games LucasArts brought to us in their three decades of development. We could ramble for hours about our experiences with their countless classics, but rather we’d prefer to hear from our readers. Is there a classic LucasArts gem we missed? Share it with us in the comments below. While the studio may be gone, the pioneering spirit and memorable experiences their games provided will live on in the hearts of gamers everywhere. 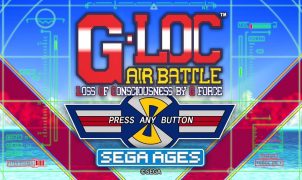 Ride Into The Danger Zone     SEGA AGES G-LOC: Air Battle is the latest offering in SEGA and M2’s line of spruced up retro releases for the Switch.…