Ken Levine Talks About The Evolution Of AI Companions At BAFTA

Ken Levine, the mind behind the such classics in interactive storytelling such as Thief, System Shock, and the upcoming Bioshock: Infinite, talks about the evolution of AI Companions, from System Shock II’s Shodan, to the mysterious Elizabeth from Bioshock: Infinite during a presentation and question and answer session with the British Academy of Film and Television Arts (BAFTA).

During the presentation Levine talks about a wide range of subjects, from the never-released System Shock 3, to the relationship between Bioshock: Infinite’s Booker and Elizabeth. The presentation is well over an hour long, but provides insight into Irrational Game’s character development process, and features an informative question and answer session at the tail end of the presentation.  “I’d rather ask questions than answer them” says Levine, as he answers a variety of questions ranging from character development, the way characters convey emotions, and Irrational’s decision to give Bioshock: Infinite’s protagonist, Booker a voice.

Ken Levine speaking to BAFTA is fitting, as the original Bioshock won the annual BAFTA Best Game Award in 2007.

Bioshock: Infinite is set to give players a dose of airborne action and emotional storytelling March 26th, when the game is finally released for the PC, 360, and PS3. 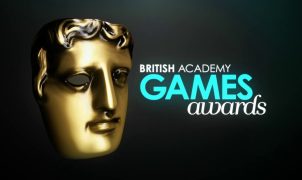