Let’s be honest. You were waiting for this to happen.

According to a leaked scan of the latest issue of CoroCoro, the Japanese Pokemon-themed magazine, the next game in the Pokemon Rumble spinoff series will be fulfilling every PokeManiac’s wet dream by releasing collectible action figures to be used with the game, ala Skylanders. Pokemon Rumble U will use the Wii U gamepad’s NFC (Near Field Communication) function. You know that useless little gray square on the pad? Well, in Pokemon Rumble U you can set those pretty little figures on said inconspicuous square to summon them in your game. We don’t know how many figures will be available at launch or afterwards, but it’s a clear selling strategy. (why yes, I will probably buy all of them)

So, what do you think of this move? And what Pokemon would you most like to have these playable figures of? Let us know in the comments! 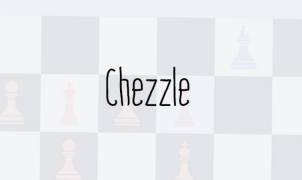 Chezzle review: it’s chess, but puzzles! As one of the oldest games known to humanity, it’s hard to really do a lot in chess that hasn’t been done already.…