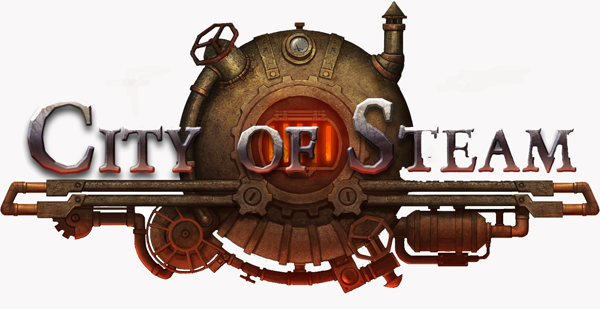 Over the past few months we’ve given our readers quite a few previews of Mechanist Games’ upcoming browser based MMORPG, City of Steam. Now the time has come for our readers to take a tour of the Nexus through our City of Steam Beta Key Giveaway.  You can claim your key either by simply registering on our forums and posting in the Giveaway thread or by following us on Twitter and requesting a key.

Here’s an overview of the City of Steam beta featuring everything you need to know about the game. Check it out for detailed history of the world, classes, and information on how to activate your key.

See you in the Nexus.

City of Steam is heading into Closed Beta! Testing will take place between November 16th and December 28th, divided into 4 seasons: 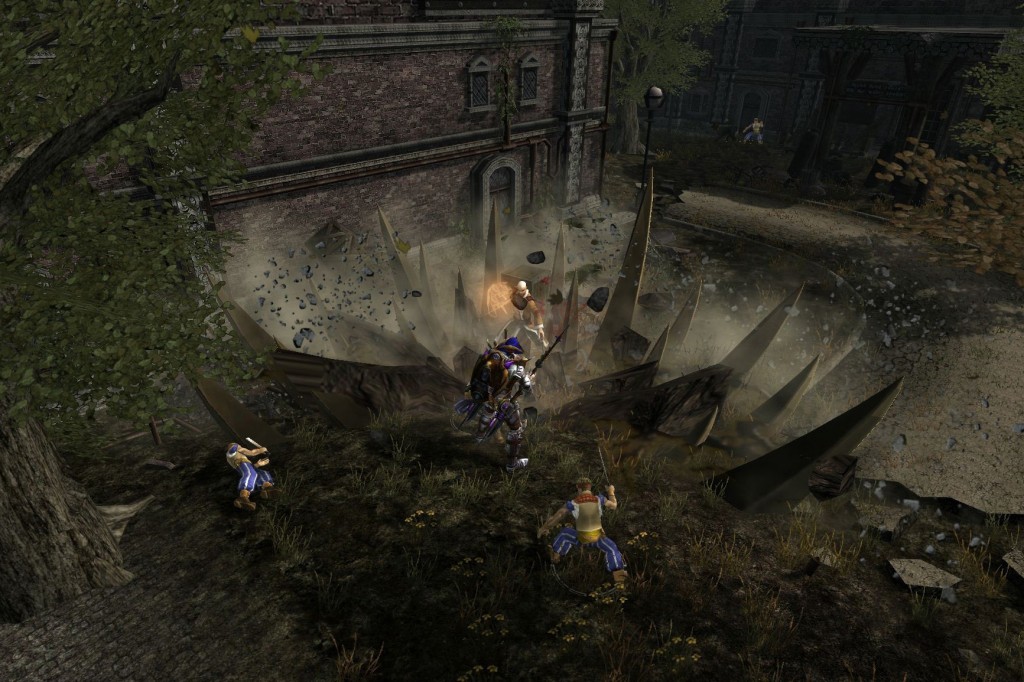 About City of Steam

So what is City of Steam? It’s a 3D industrial age fantasy MMORPG. The debut Unity3D-based MMO from Mechanist Games, it transports players to a world where clockworks, steam power, and arcane technologies suffuse every aspect of existence, from the half-organic, half-mechanical dwarves to the giant gears of the World Machine itself.

Also, with enough community support, both from financial and social networking sources, Mechanist Games will add bonus features to the game; features planned for Open Beta will be implemented in Closed Beta instead! Check out the Steam-o-Meter for progress and more information. 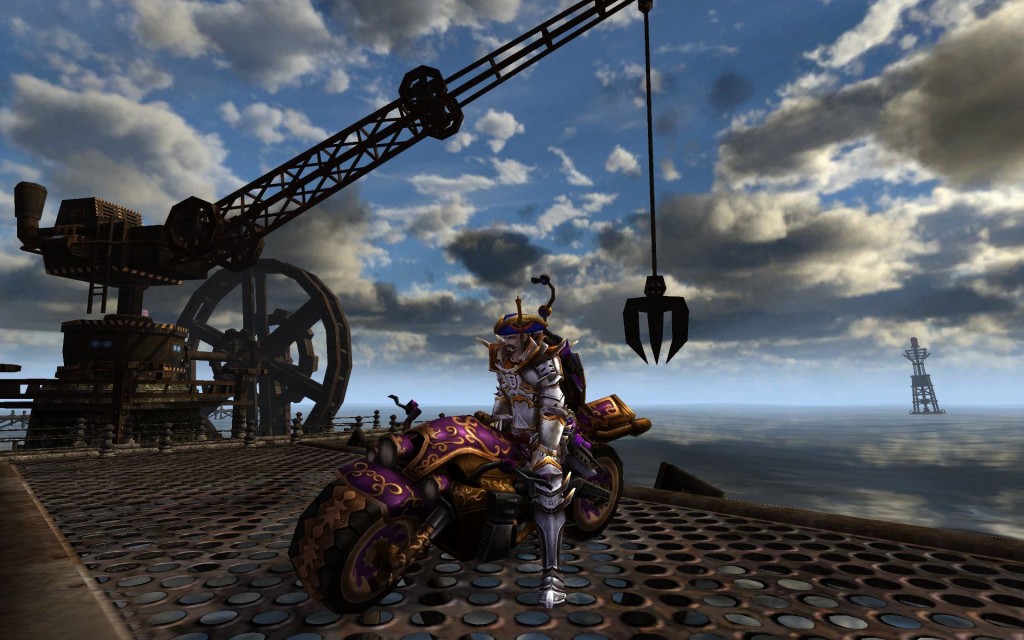 Why City of Steam:

A New Epoch in Browser Gaming

your web browser with the powerful Unity3D plugin

Accommodates any schedule or play style!

– Knock out a quest stage in 10 minutes, adventure with friends

for hours, or simply explore our richly detailed environments

Explore the mysteries of an ancient world

– City of Steam offers a deep and engaging backstory reinforced by

Visuals that scale to any configuration

sources immerse players with even modest hardware in a new world. 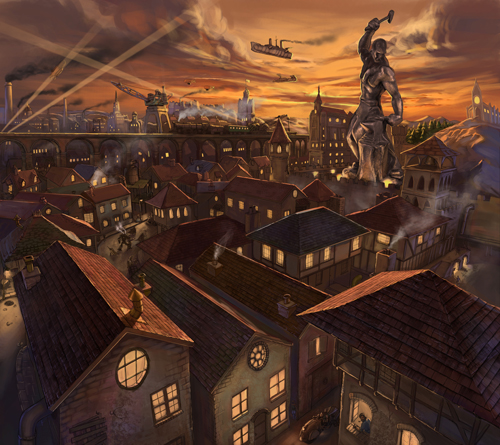 City of Steam is set on the World Machine, a vast and ancient system of interlocking gears powered by unfathomable energies. Long ago, a race of ingenious conquerors called the Paragons sought to claim those energies for themselves, and destroyed themselves in the attempt. They left behind a shattered world and a complex legacy.

Even now, millennia after the Era of Myth, that legacy continues to affect the course of history on the World Machine. To the races that already inhabited the mechanism – humans, goblins, orcs, and hobbes – they added the charismatic riven, insular draug, and half-mechanical dwarves. Life on the Mechanism has been revolutionized by the study of the Paragons’ lost technologies. Airships soar overhead, robotic steamtoilers patrol the streets, and great factories produce weapons wielded by heroes and villains alike.

Four great human nations have emerged since the fall of the Paragons: the confederated city-states of the Heartlands, the allied kingdoms of Ostenia, the patriarchal Republic of Avenoss, and the harsh Empire of Stoigmar. At the site of the Paragons’ fall lay the City-State of Nexus, a once-great industrial center whose connection to the Era of Myth continues to attract attention from across the Mechanism.

Rumor has it that something deep within Nexus has awakened – a secret that will change the world forever. 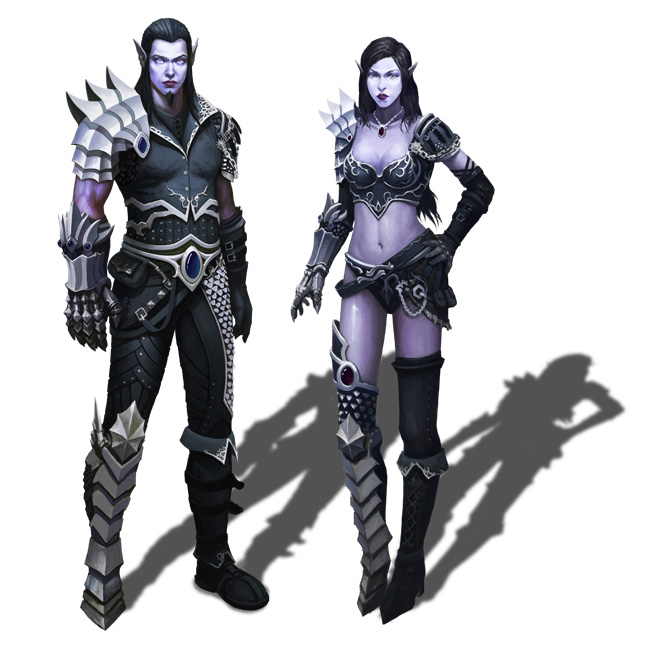 During the Sneak Peek players will be able to choose from the following classes and 4 races: Draug, Riven, Aven and Goblin that were chosen by a player vote on the City of Steam forums. In the future there will be many more races and several additional classes available.

Heirs to an ancient martial tradition, Warders meet their opponents with righteous fury. They are united in a common focus on personal Duty, unflinching Leadership, and swift, punishing Judgment of enemies.

Armed with state-of-the-art aetheric manipulators, the Arcanist wields the fury of the elements against any enemies foolish enough to approach. A variety of Fire, Ice, and Lightning abilities provide them with a wide array of tactical options.

Regardless of whether they stalk individual targets with the art of Sharpshooting, conjure occult effects with Trigger Magic, or utilize the varied abilities of Support Fire, Gunners prove that modern firearms have incredible potential on the battlefield.

Whether they draw from ancient Church hymnals or perform their own compositions, Channelers’ powerful melodies move the Mechanism to bring their allies into martial Harmony, restore them with Faith, and punish the unworthy with blinding Radiance.

How to redeem your key:

1. After getting your Beta key, head to the City of Steam website here .

2. Register an account (or sign in if you already have one), copy/paste your Beta Key, click the register/sign-in button, then click on the ‘Play Now’ button and test out City of Steam’s Closed Beta release (or if the test is not yet up, your key will be safely activated and ready for when the game goes live).

Each Beta season will be chock full of events and activities that will give players a chance to win cool swag and in-game extras. This is still a Closed Beta version, so be sure to help out the developers by reporting bugs on the forum and getting involved with the community. City of Steam strives on community-driven development from input from players like you!

If you would like to support the development further and get some cool extras at the same time, head to the Support Us section of the website.

Note: One account can only activate one single Beta key code.

Arriverderci Roma, it’s time for us to part   We may have been a bit on the fence about Agent 47’s episodic debut before it released last month, but…