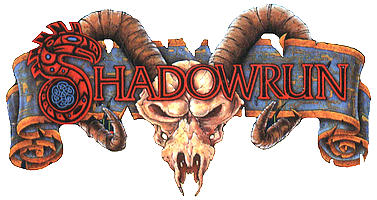 Hoi, chummer. If you’ve seen the logo up there, congrats. You know about the awesomeness of Shadowrun. There’s a good chance if you’re here reading this that you remember Shadowrun from its mid-nineties incarnations on both the Sega Genesis and the Super Nintendo. That’s a good thing as both games were excellent. There’s also a good chance that you know about Shadowrun from the recent XBox 360. In this case you have my condolences. Either way though, there’s way more to the game in its tabletop format – the best way were you to ask me.

When I was but a youth, Shadowrun was introduced to me by my father. Yes, dear reader – I am not only a nerd, but am a second generation nerd. Once I had seen the movie Blade Runner, dad pretty much let me run around with the Shadowrun corebook and dive in along with all of my friends. Dad even ran my first game of it in which I got to play an Ork ganger named Nuckles. But, I’m getting ahead of myself. Shadowrun, colloquially shortened to SR by my gaming group, came to be the staple of a steady roleplaying diet. It was run by no fewer than four different gamemasters, of which I was one. We started with second edition – a system that conjures nightmare images of the skill web to this date. But, we made do and SR third edition made things much more playable, and in this system I personally flourished. I ran many overarching campaigns in third edition, and some of my better storytelling efforts came during it. It’s going strong now in it’s fourth edition under it’s fourth publisher imprint that I’m aware of (FASA, Wizkids, Catalyst Game Labs, Topps).

For the uninitiated, Shadowrun is a game of high-tech low-life. In the 2070’s, the world is a strange place. Technology has advanced to the point where our science fiction novels of the present seem tame. Cybernetic and organic grafts are possible, replacing eyes, ears, organs and even entire limb prosthesis. Weapons can be linked directly into your nervous system and cybernetics so as to hit more reliably, and weapons technology is truly ridiculous if you have the scratch to afford it. Then there are those who have dove fully into the Matrix – hackers with hot-sim implants that let them manipulate machines and datafortresses alike at the speed of thought. But, there’s also magic as well. In 2012, the arcane blossoms into existence as the Earth moves into what the Mayans referred to as the Sixth Age and that modern scholars call the Awakening. Dwarves and Elves began to be born and then, some eight years later, one out of every ten humans experience goblinization – a sudden and traumatic metamorphosis into hulking metahuman forms such as orks and trolls. Spellcasting, summoning, exorcism – these are all quantifiable arts that are taught in Ivy League schools. Mythological beasts such as sasquatch, basilisks, ghouls and even Dragons are now to be found, but usually best avoided if the average metahuman knows what’s good for him. The game teaches you very early to never deal with a dragon.

Lording over all of this are the power players. Megacorporations and arcane factions – sometimes both in one package! – vie against each other for domination of their chosen territories or even for the fate of the world. And, in these machinations, you will find Shadowrunners. Runners come from all walks of life, but share one thing in common. Choice, circumstance or even fate has led them to a mercenary lifestyle in which no act is too cheap, no deed is taboo and who hold themselves to the wishes of the highest bidder. In the long shadows cast by the megacorporations and other power players, they scurry between factions, sabotaging, stealing, surveying and even killing. Shadowrunners aren’t typically averse to getting their hands dirty, and the Sixth World is thoroughly filthy both metaphorically and literally. 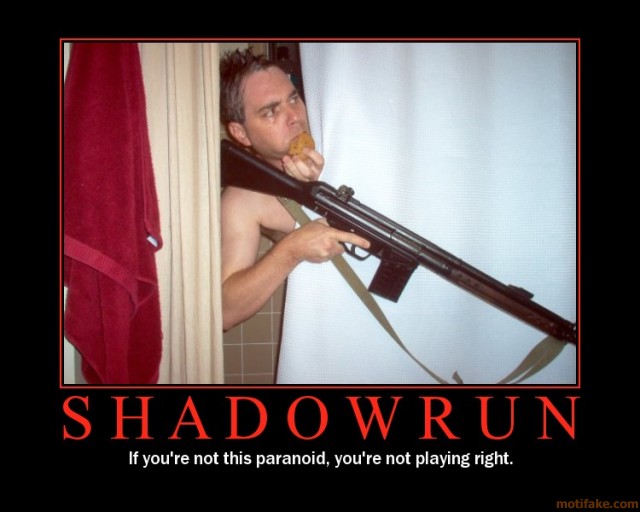 Most people look at Shadowrun as a combat game, and it’s easy to see why. With page after page both in the core and in the supplements displaying the instruments of killing and how much it costs to attain these items, SR can be an over-the-top slugfest where players take down dracoforms with Vindicator Miniguns. However, for those willing to sink into the setting and get really nasty, the game expands into something a lot more than just killing for money. Shadowrunners take personal jobs as often as not as well, rescuing people from the clutches of corporate laboratories, starting political movements or gangs, using social influence to affect change – anything is possible. It’s as deep a game as you want it to be. I ran a session of Shadowrun once where we played for four hours and no one even fired a shot (though admittedly, a gun was drawn but not used).

The style of Shadowrun is easy to see and appreciate, though there are some barriers and shortcomings to it. With as much history, factions, options and potential perils, SR can make character generation seem daunting. Gone are classes with a small set of skills. Gone are tiered levels with bonus powers and stunts as you advance. gone are almost all of the D&D tropes that have been imposed on us for years. And that, frankly, scares the shit out of some players. It’s a lot to take in, and the character sheet (both in present and earlier incarnations) can be intimidating as hell – especially if you want to be a hacker or to be awakened). Then, there’s the sheer amount of dice involved. The only die type needed is D6… but you’ll need a whole lot of them. 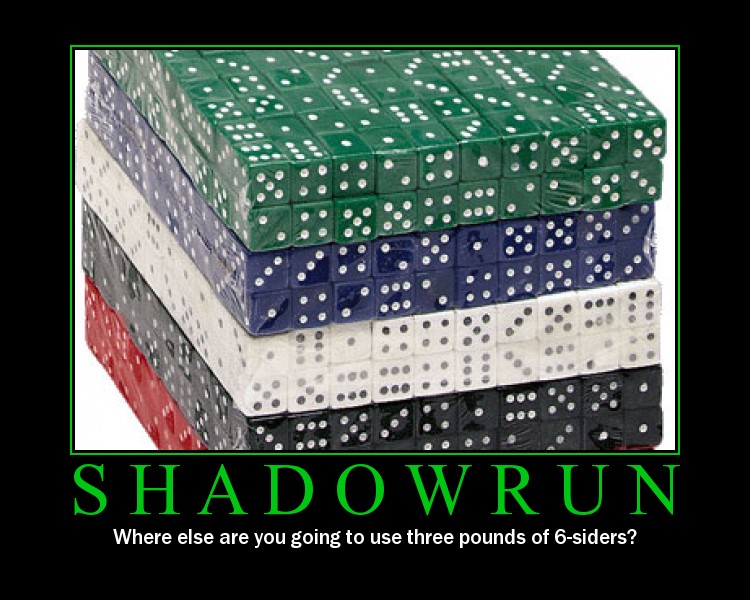 To it’s credit though, it is the most well-thought out world I have ever seen. The game began it’s run in 1990 and started its fictional timeline in 1999. They’ve not revised a thing, creating both a future world and an alternate history at the same time that is plausible, terrifying and meticulously catalogued. The continuity is simply amazing, and every year they manage to advance their timeline just that much further. I feel like I’ve been watching history unfold as I’ve stuck with the game, and in a very real sense it has. Corporations rise and fall, conspiracies achieve victories or fade into obscurity, and my players and myself have played our part in the internecine struggles of the SR universe. When you play SR, you’re investing in the line’s history. Few games let you get that feeling.

This is a five stick game. Always has been, always will be. I whole heartedly advise it for every gamer I meet. Because really, what’s the alternative? 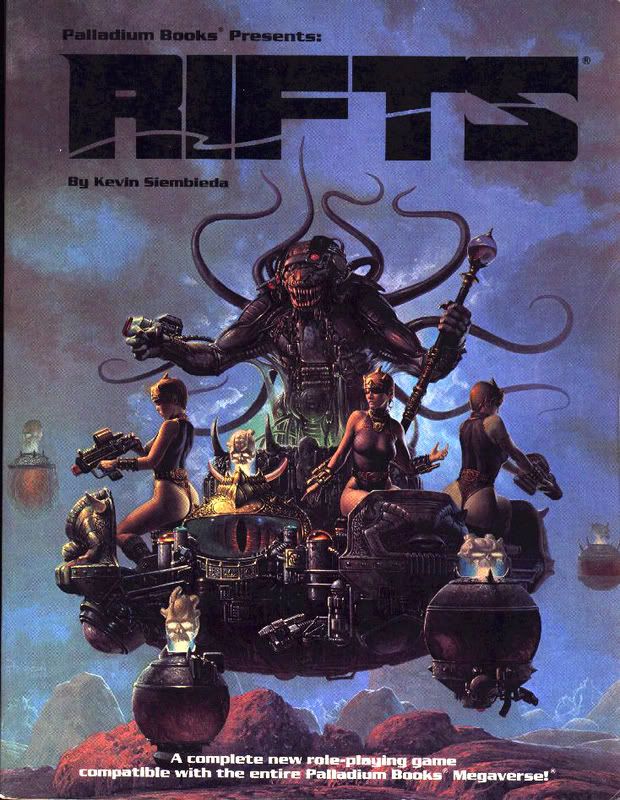 No. Not a good alternative.