Ser Flash: Where The Air Is Thin- Now Available! 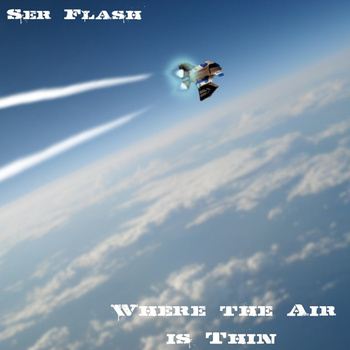 Talented Chiptune composer and fellow member of the Hey Poor Player forums , Ser Flash,  has released his debut album upon your unsuspecting galaxy courtesy of his label, Studio Mudprints.  11 years of gaming inspiration have been poured into this chiptune themed album heavily influenced by the sounds of the Game Boy and NES. The 10 track release provides the perfect score for shooting mechanized menaces to smithereens for dodging a volley of thousands of your enemy’s bullets.

Where The Air is Thin is at present a solely digital release which can be purchased for directly from the Studio Mudprints site. Anyone who purchases the album today will get the finale track “Where The Air is Thin”, along with additional content exclusive to those who buy the full album.

Priced at $12.00, this collection of adrenaline pumping tracks is a fierce onslaught no shooter junkie or chiptune addict should dodge.

Also, don’t forget to stop by and check out Press Pause Radio to hear Ser and company’s excellent gaming blog and podcast.