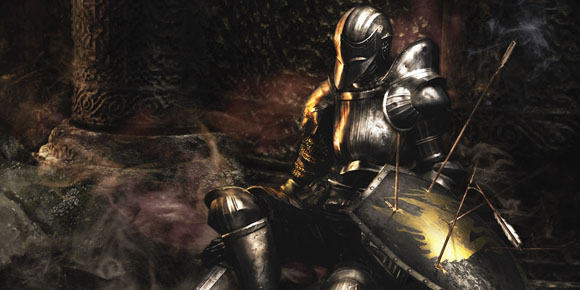 From Software has released a new trailer for the successor to last year’s sadistically delicious Demon’s Souls, Dark Souls. From what the video shows it looks like the nasties you’ll be slaughtering (or more likely being repeatedly slaughtered by), are bigger and badder than ever. While there isn’t much story to be soon, it’s clear that you’ll be exploring familiar looking tombs and catacombs fighting for survival while battling an assortment of grotesque creatures hell-bent on turning our hero into a pile of pulp.

The first Demon’s Souls title was a surprise hit on the PS3, and From Software seems to have a great deal of faith in the franchise, bringing Dark Souls to both the PS3 and 360.

Japanese gamers can expect to be receiving a liberal dose of sticky white stuff this year, with Namco Bandai Publishing the game in the West.